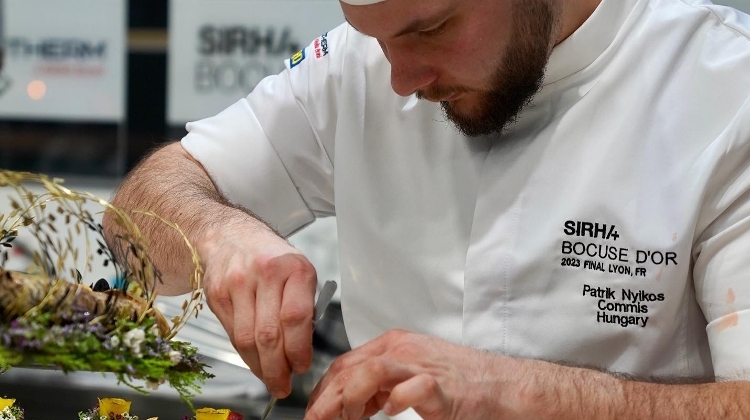 Dalnoki was joined by commis chef Patrik Nyikos and coached by Tamás Széll, who won the 2016 Bocuse d’Or Europe.

The team was ranked second at the Bocuse d’Or Europe, the continental qualifier for the final, hosted in Budapest in March.

The top prize went to a team from Denmark.