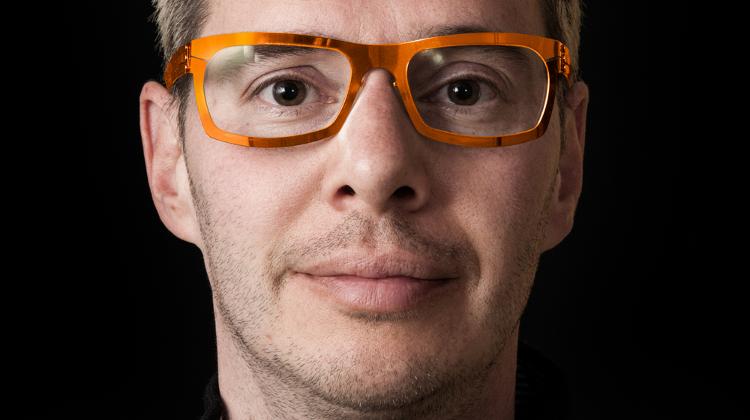 1. Where did you grow up?
Here in Budapest, in the eighth district, which was a great school of life - not dangerous but challenging. I attended a regular school, it was ethnically very mixed, and I was in a special music class called 8Z. I also had a music focus in kindergarten, and music is my family, Laura Faragó is my aunty. I played the flute and for a while, and I played the dulcimer.

2. If you could be an expat anywhere in the world, where would you choose?
Honestly, in Hungary, Budapest, I really like it here, although I’ve travelled a lot, and seen lots of great places, I would not live anywhere else except here.

4. Friends are in Budapest for a weekend - what must they absolutely see and do?
I would show them the 7th (touristy) district, and the 8th where lots of local character remains. We’d not only go to the romkocsma’s (ruin pubs), but I also want them to see the real life in everyday places. I would not show them museums if they’re here just for a weekend. I would organize a speed boat trip from North Buda (Római part) to Petőfi bridge, that’s great fun and there is a lot to see along the way.

5. What is your favourite food?
Chicken paprikás, and I also adore Tom Yam soup.

6. What is your favourite sport / form of exercise?
I know it is not a typical sport, but I do yoga.

7. What is your favourite place in Hungary?
There is a nice place hidden in Tihany, but don’t want to give too much away. In Budapest there are a lots of nice little places, like Rózsavölgy, and up in Sashegy.

8. What career other than yours would you love to pursue?
I would love to slow down a bit, and have more time to live, understand life, and read more.

9. What’s a job you would definitely never want?
Very hard manual labour jobs are not for me, like carrying heavy items…

10. Where did you spend your last vacation?
At the Etruscan Riviera, the sea-side of Tuscany – especially lovely as mostly Italians go there.

11. Where do you hope to spend your next one?
In Australia. It is an old dream, I would go West, to Perth, and totally explore that area…

12. What was your favourite band, film, or hobby as a teen?
Erasure, Pet Shop Boys...
‘Once upon a time in America’, directed by Sergio Leoni.
Playing football.

13. Apart of temptation what can't you resist?
I can resist things, but one guilty pleasure is addictively watching great TV series, like Breaking Bad.

17. Which social issue do you feel most strongly about?
Animal welfare. I have two rescue dogs actually.

18. Buda or Pest side?
A few years ago it would have been Pest, but now it is Buda.

19. Which achievement in your life are you most pleased about?
There are many smaller achievements, ones like training my dogs, seeing how their behavior changed in six month. It was very interesting and I learnt a lot about myself too, and I can now understand people better through this.

Another one to mention is this company, Neo Interactive, still being here after 13 years, and growing, it is a great achievement.

20. What would you say is your personal motto?
“Life is a gift horse, in my opinion” - J.D. Salinger in ‘Teddy’