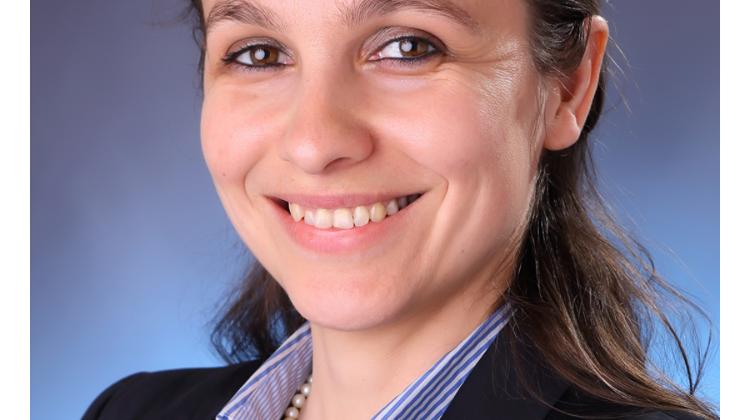 Zsófia began her career at Britannica International School in 1999 as a French teacher and then started to teach EAL to various levels and age groups. She also did two years of postgraduate studies in Law at ELTE while working at Britannica. She then moved to France and worked there at an international school in Lyon, teaching mainly EAL to primary and secondary students along with some French.

Having attended various workshops and conferences on EAL and mother tongue languages she became quickly a professional in that field rejoining Britannica in 2011 as the school's EAL and Mother Tongue Coordinator. Zsófia was appointed Senior Teacher in November 2011 and Head of Secondary in 2012.

Her interests include horse riding, motorcycling, reading, hiking and spending time with her husband and two sons.

1. Where did you grow up?
I grew up in Hungary at the countryside (South of Hungary, near the Croatian border), but when I was 7 we moved to Algeria and I spent 3 years there.It was incredibly enriching and that’s where I learned French, which would have a huge impact on my life later.

2. If you could be an expat anywhere in the world, where would you choose?
I would like to live in a warm place close to the sea and near huge grassy fields where I could put my horse. And close to mountains too.

3. What would you miss most if you moved away from Hungary?
Food, friends, this unique culture and atmosphere we have here, and most definitely Turo Rudi!

4. Friends are in Budapest for a weekend - what must they absolutely see and do?
An absolute must is the Castle district, the Citadel and the view of Budapest by night from those places. The also must go to a thermal bath, preferably Szechenyi, where they can soak in hot water whilst gazing at the stars.

5. What is your favourite food?
I like to eat everything, but if I must name one, it is “Aranygaluska”.

6. What is your favourite sport / form of exercise?
Horse riding, but not competitively. I like riding outside in the countryside, gazing at nature, and just enjoying the freedom that you can only feel while being in full gallop in a green field.

7. What is your favourite place in Hungary?
The area around the “Kali-medence” near lake Balaton, where you have the long extinguished volcanoes. It is pure magic.

8. What career other than yours would you love to pursue?
I wanted to be a vet when I was young.I also wanted to be an ethologist and observe animals in their natural habitats.Wolves especially, or tigers.

9. What’s a job you would definitely never want?
I am not picky. I think you can find satisfaction in any job.

10. Where did you spend your last vacation?
At the Balaton.

12. What was your favourite band, film, or hobby as a teen?
My favourite hobby was, and always will be, horse riding.

14. Red wine or white?
I rarely drink alcohol, but when I do, I choose red.

17. Which social issue do you feel most strongly about?
Child abuse.

20. What would you say is your personal motto?
“Success is not final,failure is not fatal: it is the courage to continue that counts” (Winston Churchill)