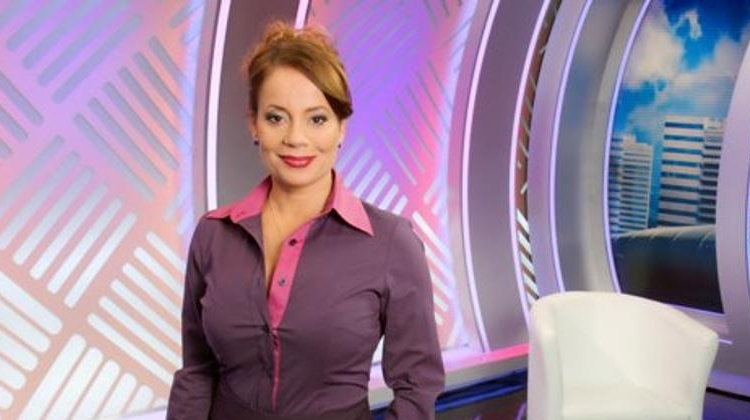 I was born in Budapest on 15th February 1970. At the age of five I entered the world of high performance sport as a member of KSI – Central Sports School gymnastics team. In 1986 I joined the Postás Sports Club and then, through a scholarship, continued in the USA with the University of Minnesota’s gymnastics team. It was there that I concluded my active career in elite sport.

Beyond numerous international wins and over ten Hungarian Champion titles, some of my most notable achievements include an Olympic eighth, a World seventh and a European sixth place.

Although I was still actively competing, I attended the 1992 Olympic Games in Barcelona as a correspondent – thanks to a successful casting at the Hungarian Television (MTV) years earlier, which subsequently fundamentally influenced my choice of university studies. I majored in international communication and television at the University of Minnesota’s Faculty of Arts while, and probably even more significantly, I gained valuable practical experience as a trainee at the CARE11 television station.

Following my first Olympic broadcast, I had been offered a full-time position at the Hungarian Television where I’ve commenced my journalistic career in October 1992.

Six years later I joined the team of MTM-SBS Rt. TV2 where I was working as an editor, reporter and anchor for daily news and various other current affairs, cultural and entertainment programmes for another six years. Since 2004 I have been working as a freelance journalist for the same television station, while expanding my activities as a private show-host in Hungary’s market leading talk-radio. My weekly one hour-long talk-show with focus on sporting personalities, and record-holders lasted through 13 consecutive years resulting in overall more then five hundred hours long portraits, through interviewing Hungary’s top athletes.

In 2009, I’ve joined the DIGI Sport Hungary television station at the very first broadcasting day of the freshly launched sport channel, where I was a leading anchor, and sport-reporter in the past seven and the half years. While working there, I was involved in football programmes, such as Champions League, Europa League, Italian Series A, or the English Premier League, in addition to being a commentator on all gymnastics events of FIG in the past six years. I was also one of the two presenters of the channel’s Morning Sporting Show, and I had a series of two hundred episodes of my own talk-show with well-known Hungarian athletes and artists.

As part of my television career, spanning more than 24 years, I have reported from seven Olympic Games and around fifty World competitions, have worked as an editor, reporter and anchor on sports, extreme sports, political, cultural, documentary and entertainment programmes. I have been part of numerous other real life reports and short films as well.

My interest in the printed press, fulfilled continuously as well, resulted in becoming a senior writer and a columnist of the Prestige Sport Magazine. I frequently write the cover stories of this magazine with Hungary’s most popular athletes. My ambitions in writing led to the publication of three books, focusing mostly on competitive sports.

Parallel to my journalistic career, I had the chance to work as a Master of Ceremonies in several domestic and international sporting events. My activities in these events usually involved significant organizational and managing work as well, empowering with useful experiences in sports management. I had a chance to actively take part in the work of the Organising Committee of the Gymnastics World Championships held in Debrecen, Hungary in 2002, as well at the Gymnastics European Championships held in the same city in 2004.

I am also very proud of my wonderful family, my husband, who is a medical doctor, and my two sons.

1. Where did you grow up?
I grew up in Budapest, in down town of the city, where my father, who was an artist, had a little studio. I loved those years in the hearth of the city, I knew every corner by hearth, I knew where you could find the best ice-cream and the finest freshly cut bunch of flowers.

2. If you could be an expat anywhere in the world, where would you choose?
Italy, probably. I really like the sense of quality, as people live there.

3. What would you miss most if you moved away from Hungary?
I would not move without my family first of all. My friends, my bigger family, Hungarian cuisine, even though I love Italian gastronomy.

4. Friends are in Budapest for a weekend - what must they absolutely see and do?
There is a lot to see in Budapest. To have an evening walk on the side of the Danube, on the beautiful promenade of the city centre is an absolutely must. They should not miss the Chain - bridge light up, just like the Buda Castle. They should have a nice walk on the Vorosmarty square, as well as the Heros square. A visit to the National Museum of Fine Arts is strongly recommended, to see the Opera House, as well as the Palace of Arts is definitely a good idea. But impossible to leave Budapest without eating out in our famous fine dining places, like Onyx, Costes, Costes Down Town, Borkonyha, etc. It would also be a nice experience to visit one of Hungary’s famous wine yards and cellars, to get acquainted with the excellent Hungarians wines.

5. What is your favourite food?
Marinated and rosted duck legs and breast, made by my own style. The famous Hungarian Floating Islands, ( Madártej) is also in the top three. And the World famous Hungarian goose liver, made any style.

6. What is your favourite sport / form of exercise?
I use to be an olympic gymnast, so this is the closest connection, but also like to watch quality football, or track and filed. I work out on the daily basis, and do yoga as well.

7. What is your favourite place in Hungary?
It is hard to tell there are so many. But the Dunakanyar, Nagymaros, where the Danube makes this unbelievable beautiful turn, well, there is my favourite place.

8. What career other than yours would you love to pursue?
To be a famous sport manager.

9. What’s a job you would definitely never want?
To work on an oil rig outside the open Ocean.

10. Where did you spend your last vacation?
In Italy with my family.

11. Where do you hope to spend your next one?
Somewhere in South-Europe, inn the Mediterranian area.

12. What was your favourite band, film, or hobby as a teen?
Favourite band: Beatles, and Abba, film: Hair the musical. I was a professional athlete, there was no time for hobbies.

13. Apart of temptation what can’t you resist?
Goose liver, a good Prosecco, or glass of wine, a beautiful simphony of Beethoven.

14. Red wine or white?
Depends on what I eat, but most likely red wine.

15. Book or movie?
Book in the daytime, movie in the nighttime.

17. Which social issue do you feel most strongly about?
Healthcare, the problematic area of organ transplantation. I work for the "Fundation of the Transplantation for renewed life" as a pro bono spokesperson.

19. Which achievement in your life are you most pleased about?
Finishing on the 8th place of the Seoul Olympic Games as gymnast. Becoming the first female sport journalist in television in Hungary. Being a mother of two fantastic boys, and a caring wife of my Husband.

20. What would you say is your personal motto?
Quality work, quality life, loving people around me.