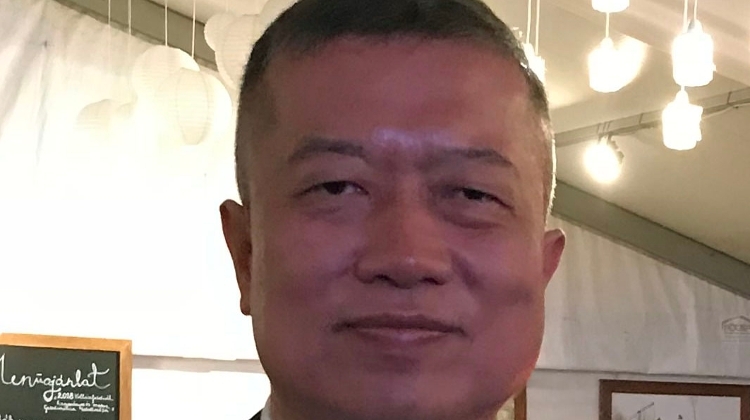 Jakkrit Srivali arrived in Budapest on 17 March 2017 to take up his position as Ambassador of Thailand to Hungary and presented his credentials on 27 March. Immediately before his appointment, he had served as Director-General for ASEAN Affairs.

Ambassador Srivali joined the Thai Foreign Ministry in 1992, starting out as political officer on the American desk. He went on to serve at the Policy and Planning Division, then as economic officer at the Royal Thai Embassy in Kuala Lumpur, head of substance on the task force for Thailand’s chairmanship of APEC 2003, and director for subregional cooperation in Southeast Asia.

He was appointed Deputy Permanent Representative of Thailand to the United Nations in New York between 2009-2012. Upon his return, he was appointed Deputy Spokesperson and Deputy Director-General of the Foreign Ministry’s Department of Information. He was then promoted to Ambassador attached to the Ministry, before being appointed Director-General of the Department of ASEAN Affairs, where he led efforts to build public awareness of the nascent ASEAN Community.

Before joining the foreign service, he studied international relations and comparative politics at Thammasat University; the University of California, Los Angeles; and the University of Southern California. He also worked as a journalist, translator/interpreter, and guitarist in a band.

1. When did you arrive in Hungary and what brought you here?
On 17 March 2017, my first assignment as Ambassador.

2. Have you ever been an expatriate elsewhere?
I lived in the US for 12 years before I became a diplomat.

3. What surprised you most about Hungary?
The popularity of Thai massage.

4. Friends are in Budapest for a weekend - what must they absolutely see and do?
Definitely the Castle District and the Parliament. If they have time, I would recommend the Gellért and Széchényi thermal baths.

6. What is never missing from your refrigerator?
Sparkling mineral water.

7. What is your favourite Hungarian word?
Szerelem.

8. What do you miss most from home?
The availability of great food day and night.

9. What career other than yours would you love to pursue?
Journalism or music.

10. What's a job you would definitely never want?
A job that causes pain to others.

11. Where did you spend your last vacation?
In Croatia at Plitvice Lakes.

12. Where do you hope to spend your next holiday?
Slovenia.

13. Apart of temptation what can't you resist?
A good book.

14. What was your favourite band, film, or hobby as a teen?
Band: Queen.

18. Which social issue do you feel most strongly about?
Social injustice.

20. What would you say is your personal motto?
Empty the cup.