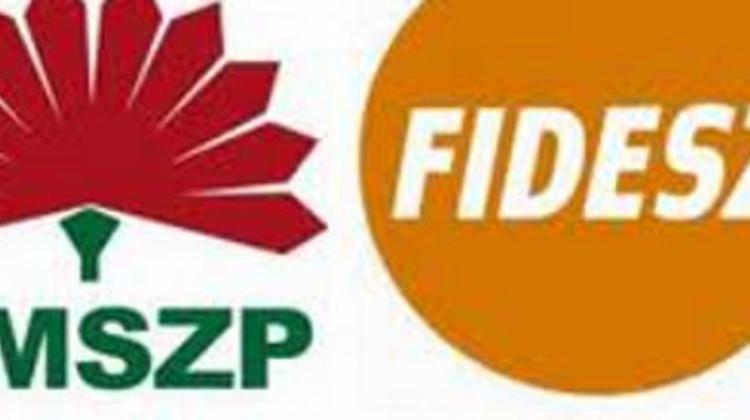 There is almost no discernible gap between popular support for Fidesz and for the Socialists, the latest survey by Tarki indicates. The difference of one percentage point is within the margin of statistical error, and has not been so small since 2006.

Among those expressing a preference, Fidesz’s support fell from 39% in April to 32% in May, while that for the Socialists grew from 25% to 31%.

Analysts suggest that government announcements of new taxes have cost Fidesz support in the past two months. In that period, the number of respondents expressing no preference or saying they would not vote has risen from 43% to 49%.

Among all eligible voters, Fidesz support fell from 21% in April to 16% in May, almost level with the Socialists, whose approval went up from 13% to 15%.

Pollster Szazadveg reported last week that Fidesz maintained its lead with 24% support among the whole population, well ahead of the Socialists at 15%. The figures among decided party voters were 41% and 25%.

“Fidesz is losing support, the number of undecided voters is growing but the opposition has so far gained little,” observed analyst Kornelia Magyar of the Progressive Institute.

“We must be cautious in speaking of a new trend,” she added.

New taxes played a significant role in the declining popularity of Fidesz, as they were communicated by the government in a negative context, said senior analyst Ferenc Kumin of the Szazadveg Foundation.