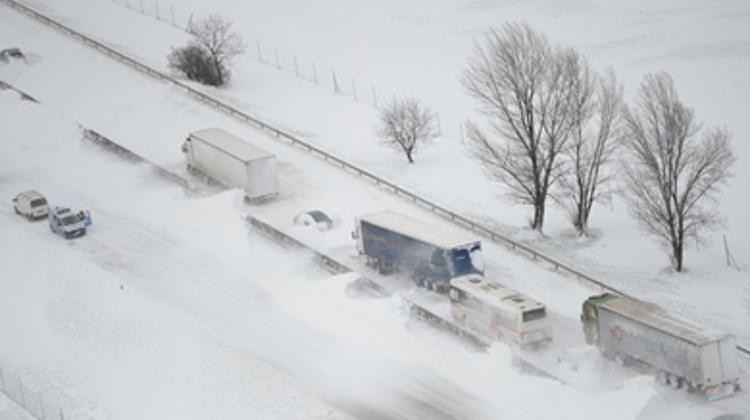 Two people died, more than 40 people sustained injuries and nearly 6,000 cars were stranded on public roads due to the snowstorm on Friday. The two were killed when over 50 vehicles collided in a snarl-up at Szabadbattyán near Lake Balaton on the M7 motorway.

Hundreds of people travelling for the holiday weekend spent Thursday night in their cars. The government sent tanks out on Friday to reach some of those stranded.

Nearly 60 villages were cut off from the outside world, while tens of thousands were left without electricity.

In the north-east the intense snow and cold caused overhead cables to snap, which led to power cuts.

About 8,000 people rescued from the snow were accommodated at provisional shelters, schools and sports arenas.

State services were slow to respond to the snow situation, and motorists had not been warned of conditions on the roads ahead of the holiday weekend, Népszabadság writes

Armed forces chief of staff Tibor Benkõ said soldiers had done all they were asked to do, but changes are needed to handle similar situations in the future more efficiently.