Smoking Ban In Hungary In Effect From 1 January 2012 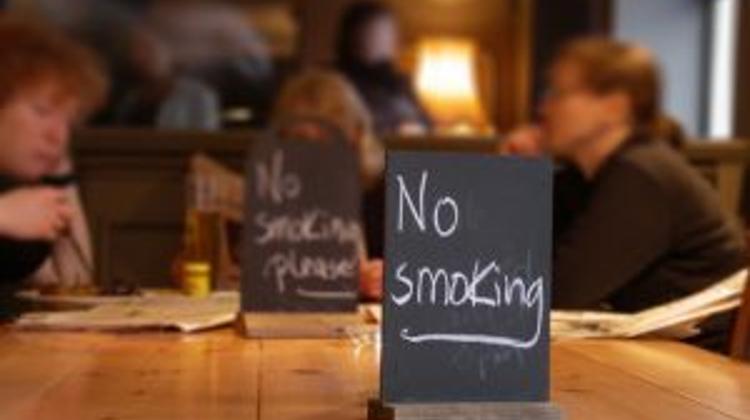 "Smoking will be banned in all enclosed spaces in Hungary including offices, restaurants and pubs from January 1, 2012, after Parliament amended the Protection of Non-smokers Act with 271 affirmative votes, 37 dissensions and 14 abstentions.

A three-month grace period will be enforced, meaning that fines will only be imposed from April 1, 2012. Smoking will be allowed at outdoor venues. The state medical office will ensure the observance of the ban.

“The regulation could have been even stricter, since original plans would have banned smoking in all restaurants, while this regulation permits smoking at outdoor venues and in front of restaurants,” honorary chairman of the guild of caterers Tamás Háber pointed out.

The guild suggested a code for smoking, including partitions to separate smokers from non-smokers and for restaurants to be offered different categories, Háber underlined.

“In most of the EU countries the ban on smoking has gradually eased, showing that zero tolerance does not pay off,” he argued.

The guild fears a 25% drop in restaurants’ turnover as a result of the stricter regulations. Larger restaurants will survive this but smaller ones will close down, Háber added.

Economy Ministry calculations forecast a Ft 13-25 billion drop in annual excise tax revenues as a result of the ban."