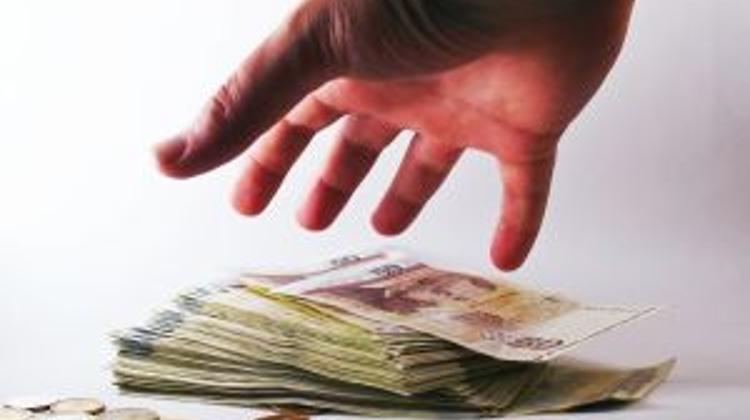 The leaders of the Ministry of Public Administration and Justice, the Curia, the National Office for the Judiciary, the General Prosecutor's Office and the State Audit Office have been jointly assessing the anti-corruption measures of the past year. The organisations issued a joint declaration last year in which they undertook to achieve coordinated and effective action against corruption. Transparency International has also acknowledged an improvement of the situation.

According to a list compiled on the basis of the organisation's Corruption Perception Index (CPI), Hungary is continuing to perform relatively well compared to other countries in the region; Hungary has risen from last years' 54th place to 46th place, among 176 countries.

Since the signing of the joint declaration, the Government has implemented several measures and legislative amendments in the interests of combating and preventing corruption.

Parliament adopted the new Criminal Code this year, which also provides stricter guidelines with regard to crimes of corruption, in addition to which new legal definitions have been created in accordance with international treaties and recommendations that Hungary has also adopted. These include for instance bribery during the course of court of public authority proceedings, which in future will also make bribes perpetuated with relation to the European Court of Justice or the International Criminal Court a criminal offence. Crimes committed to the detriment of the budget shall receive special attention; the legal definition of economic fraud shall be established.

In March, the Cabinet adopted the Public Administration Corruption Prevention Programme, which is designed to increase the state's resistance to corruption. The development of an ethical codex for public servants is already underway, with the involvement of OECD experts. The Government will be launching anti-corruption university courses in 2013 with the involvement of the National University of Public Service, and anti-corruption values will also be included in the new National Curriculum that will come into force in autumn 2013.

In September 2010, Hungary joined the International Anti-Corruption Academy (IACA), which was established at the initiative of the UN, Interpol, the European Anti-Fraud Office (OLAF) and the Austria Government. This is the world's first education centre devoted to the fight against corruption. Hungary's participation as a founding member is of extreme significance both with regard to Austrian-Hungarian bilateral relations and cooperation against corruption relating to the European Union.

A reinforced Public Prosecution Service is working to investigate crimes of corruption. The anti-corruption working group has dealt with over 100 cases since last April, and investigations are currently underway with regard to 40 significant cases of corruption. Over a period of 18 months this department of the Public Prosecution Service has brought proceedings against 130 people as suspects, of whom 70 have been prosecuted.

Furthermore, several government decisions were made – the taxation of large golden handshakes within the public sector, the radical decrease in the number of management and supervisory board members at state-owned corporations, the introduction of a HUF 2 million wage cap in public administration – that in addition to increasing cost-effectiveness also have repressive effects on corruption. By reducing the rate of corporate tax from 19 percent to ten percent, the Government has taken a significant step in ensuring that it will no longer be worth it for market operators to disregard the law, in addition to which the Government has reduced and is continuing to reduce the administrative burdens of small and medium-sized businesses, which have previously been an obstacle for both employers and employees.

At the press conference following the meeting, Chief Justice Péter Darák told reporters that it is not only the discovery and sanctioning of corruption that is important, but also the establishment of its systematic prevention.

Prosecutor General Péter Polt drew attention to the fact that corruption may be easily recognised, but is difficult to prove, and this is why cooperation between the various public bodies is important.

State Audit Office President László Domokos announced that advances had been made in the tackling of corruption and internal auditing had developed significantly. The Audit Office shall continue to monitor changes in corruption risks within the framework of the European Union's Integrity – anti-corruption – Program.

President of the National Office for the Judiciary Tünde Handó also determined one of the strategic goals to be the reinforcement of the integrity that is vital to the independence and impartiality of judges, and the development of a transparent and well supervised administration.

State Secretary of the Ministry of Justice Zoltán Kovács stressed the achievements of the cooperation between the five public bodies. From among the government measures, the State Secretary listed the anti-corruption elements of the Act on Assets, the Act on Public Procurement and the new Criminal Code, as well as the fact that this endeavour is also incorporated into the restructuring of public administration through the establishment of the county-level, and from next year the district-level, bodies of legislative supervision, the government offices.

The participants of the meeting agreed that cooperation must be continued. The experiences gained are being analysed by a workgroup who will be publishing a report next year, and the leaders of the public bodies that are taking part in the cooperation to combat corruption will meet from year-to-year.