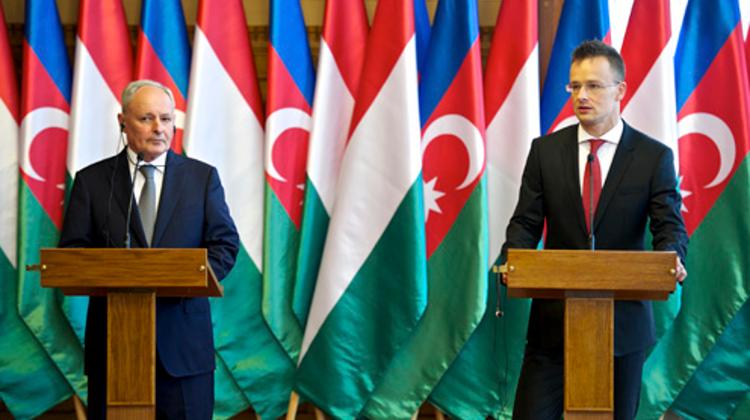 Hungarian businessmen sense they are being discriminated against in the West because they are Eastern European, so they feel more comfortable seeking out business opportunities in the East. Buyers from the EU also tend to be more demanding. In the East the domestic manufacturers are often not as competitive and consumers are looking for new quality products. What is more, there is an emotional attachment to the post-Soviet states as well as Arab countries; there is a tradition of good relations with Hungary, reaching back to the Warsaw Pact years.

The main countries of interest for Hungary in the past 3 years have been Russia, China, Saudi Arabia, Kuwait, Jordan, Azerbaijan, Khazastan, and Vietnam. The Hungarian government seeks to facilitate the export of Hungarian products to these countries where government backing and centralized trade are more effective than among the politically independent established multinational brands of the West.

75% of the Hungarian economic output is produced by SMEs while they are responsible for merely 20% of the export. Nearly 80% of the country's exports are going to the EU, which is basically the Western European international companies who have placed their production in Hungary and are exporting back to their own markets, so many feel Hungary does not have much control or opportunity in this arena.

This makes the country much more vulnerable to recession in the West, as factories close down and entire regions suffer from unemployment. Most Hungarian companies have been established around the idea of supplying the domestic market with Western European goods. Currently only 11.9% of Hungary's export goes outside Europe. The government aims to increase this to over 30% within 5 years. There is a tremendous opportunity in this unexplored market potential.

The number of prime real estate acquisitions by Russian and Middle Eastern entities have also increased in the capital city as well as the top resort locations of Hungary.

By Andras Patkai, Entrepreneur, Founder and CEO of CE Invest Group, and expert blogger on real estate and property issues in Budapest and Bratislava.