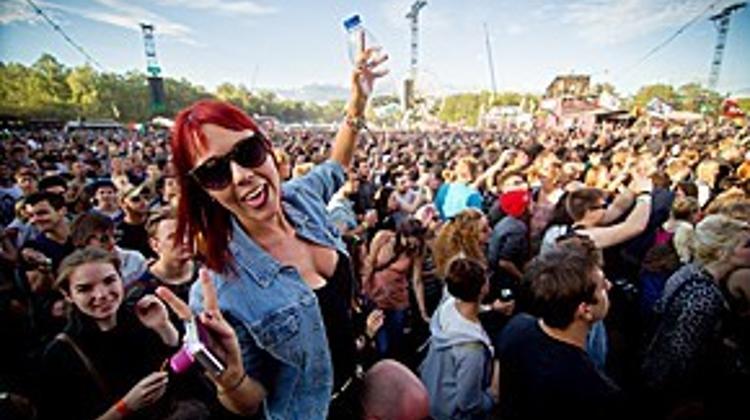 Several bands and artists have accepted visas to the Island of Freedom. Arriving straight to the Main Stage with their latest release are the legendary Nick Cave and his Bad Seeds, as well as the most popular alternative rock band of the 2000’s, Franz Ferdinand.

Poet, writer, provocateur, rockstar. Nick Cave is all of these though not necessarily in this order. Whatever he does is simply important. He makes era-defining records, he creates and dismisses bands, whatever he touches turns not just into gold, but into a timeless monolith. He is still harmonic even if he is off-key: with the Bad Seeds he approaches the irregular consciously, just to make sure that all other notes wind up exactly where they are supposed to be.

When Nick Cave and the Bad Seeds hit the stage the outside world stops to exist. And so it will at this year’s Sziget where they will present their latest and long awaited studio album Push The Sky Away, which was released after a five year break this February. With this modern, energetic but still typically Nick Cave-like album, that fascinates both critics and fans, they have booked a guaranteed headliner spot for this year’s festival season.

Furious and unstoppable indie rock’n’roll, really gritty and crazy dirty pop anthems that make any pit explode. This is the trademark of the always stylish Franz Ferdinand from Glasgow that made them one of the most popular British bands of the 2000’s and got them countless musical awards.

Ever since their first album this band just can’t miss with their irresistible, dynamic and unique rock that keeps critics and fans satisfied each time. They will be mixing up their usual setlist with songs from their brand new, soon to be released fourth album Right Thoughts, Right Words, Right Action at this year’s Sziget Festival!

New to Sziget is !!! (pronounced: Chk, chk, chk). Every pop dictionary starts with the name of this Californian band. The Sacramento based group formed in the late 90’s is famous for its intelligent dance punk that will make you want to move your feet. Their music evokes the golden age of new wave, it’s noisy and unpolished with a little bit of funk to it. They will present their fifth album THR!!!ER on Sziget’s Main Stage.

Landing straight at A38’s party program is the ultramodern, roaring and unique electronic project of Nik Roos, Martijn Sonderen and Thijs de Vlieger, Noisia. Their music can be heard in countless PC games, Hollywood blockbusters and of course at the biggest festivals around the globe. They collaborate regularly with the biggest names in electronic music such as Skrillex, Pendulum and Prodigy. They are three-time winners of the Beatport Music Awards for Best Drum’n’Bass Act, however their music cannot be labelled as DnB only as it is open to breakbeat, house, dubstep and neurofunk just to name a few genres.

Jason Diakité, a.k.a. Timbuktu is one of the biggest Swedish hip-hop artists and reggae singers. He writes vivid, catchy but eclectic hip-hop anthems with a unique style. During his 15 year career he released 8 albums and won 7 awards at the Swedish Grammys. For ten years now he has been touring the world with a nine-piece funk band called Damn!, who will be backing him up on his show at Sziget Festival as well.

Space Training Base At Sziget Festival In Budapest