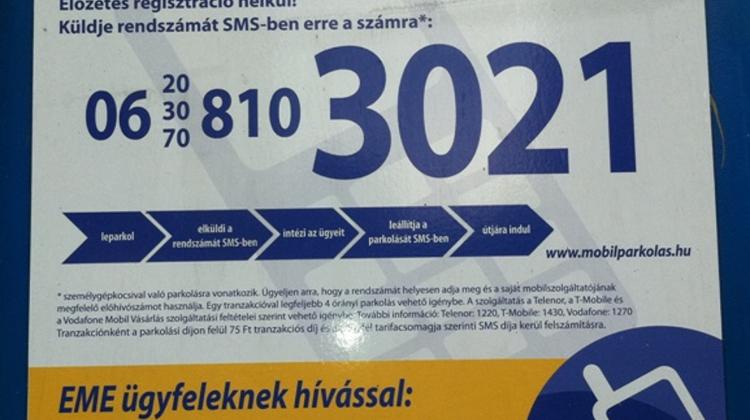 EME, a company providing settlement services related to the payment of parking fees through mobile phones, has initiated an infringement procedure against Hungary with the European Commission, claiming that the state monopolised the service, Development Ministry Deputy State Secretary Károly Balázs Solymár said. Solymár argued that the state is only one of the players in the nationwide state-owned uniform mobile payment system to be launched on July 1.

The service is provided to customers by private companies, he said. EME’s clients have to find another mobile parking service provider from July 1 as the company had not joined the system by the June 10 deadline, Mihály Veres, CEO of the state-owned national mobile payment company Nemzeti Mobilfizetési said. EME is, however, free to join the system if it meets the respective conditions, Veres added.

Nemzeti Mobilfizetési is seen as the sole future collector of fees from the system, with companies that offer mobile payment services operating as resellers. It has contracted six service providers: Mpark, Evopay and Sense/ Net, the company that built their payment system, and Hungary’s three mobile companies: Vodafone, Telenor and Magyar Telekom.

A seventh company is to join soon, and further ones by the autumn. The uniform mobile payment system cost 820 million forints to build, Zoltán Attila Szabó, CEO of state-owned National Infocommunications, said.

They expect the investment to pay for itself in one and half years. Parliament passed the act on the state-owned national mobile payment system in 2011. The launch of the system has been put off several times from the original date of October 2012.