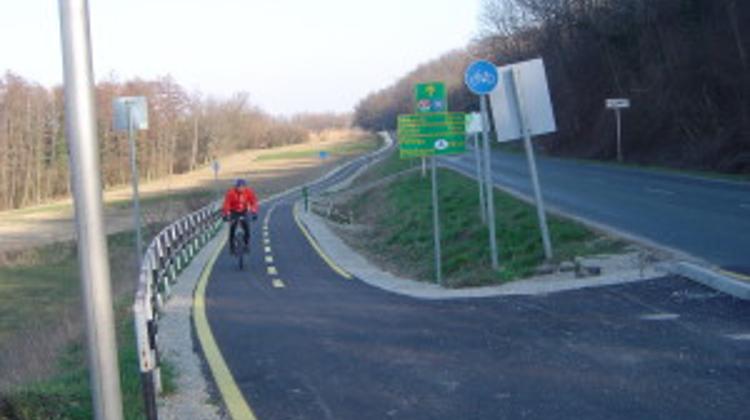 For almost half a century, Europe was forcibly divided into East and West by the “Iron Curtain”, a border stretching from the Barents Sea to the Black Sea. The European cycle track Iron Curtain Trail invites people to retrace and experience this important part of the continent’s history. The Iron Curtain Trail thereby contributes in a lively and very practical way to the creation of a genuine European identity.

In 2005, following the initiative of Green member Michael Cramer, the European Parliament recognised the “Iron Curtain Trail” as a model project for sustainable tourism and called upon the Member States for support.

The Iron Curtain Trail connects most of the South-East-European countries, provides opportunities to learn, to find and to share good solutions for local, regional mobility challenges and to promote sustainable transport (to improve the image of cycling and public transport). More information on the project and the trail can be found at the website www.ict13.eu)

Austrian-Hungarian border section of the Trail will be officially opened on 19th August 2014, the 25th anniversary of the Paneuropean Picnic, a symbolic event for the fall of the Iron Curtain. This event will be followed by an international cycling trip and festival organised by the Hungarian Cycling Alliance.

The trail mostly follows low traffic asphalted public roads along the old Iron Curtain, passing the Austrian-Hungarian borders several times. The cycling trip is sponsored by the South East Europe Program within the ICT-project and the local railway company GYSEV Zrt. . The trip will start from two destinations on the morning of 19th August 2014: Sopron, Hungary, and Letenye, Hungary, near the Croation-Slovenian-Hungarian border meeting point. The two groups will cycle two days on the new EuroVelo trail, and meet in Szentgotthárd on the 20th August, where they celebrate the opening of the trail with a party.

Attendance for the 2-days trips to Szentgotthárd costs 40 euros, which includes guidance, accomodation, hot (once a day) and cold (twice a day) meal, luggage transportation, maintenance and insurance, as well as entrance fees. Participants receive free camping places for tents in Szentgotthárd, other needs should be filled by individual booking.

Please bring your own sleeping-bag. We only accept participants over 18 years. Number of participants is limited. If you would like to registrate for the trip or have any questions regarding it, please send an email by clicking here

Detailed description of the trips

Sopron-Szentgotthárd trip programme: Meeting on 18th August at Sopron Railway station between every 2 hours between 10 AM and 8 PM under the ICT poster; group leaders will take the participants to the camp. Dinner at 7 PM. 19th August: Start at 8 AM along the Iron Curtain Trail in the direction of Ágfalva, arrival to the Paneuropen Picninc Memorial Area.

After the opening ceremony at 10.30 AM, we continue our trip in the direction of Möblisch (Meggyes), and have our first rest and lunch at Zsira. Arrival in Kőszeg at 7 PM, where we stay overnight. 20th August: Start at 9.30 AM, arrival at Vaskeresztes at 1 PM – lunch and greeting the group arriving from Szombathely. Arrival in Szentgotthárd from 6 PM, where have a dinner party. Daily distance: 80-100 km with slight gradients

Letenye-Szentgotthárd trip programme: Meeting point: camping of the Letenye thermal bath on 18th Augusut (whole day). Heading off to Lenti at 9.30 AM on 19th August, where we arrive around 6 PM with stops and lunch at a resting point. On 20th August, we start at 10.30 AM, and arrive in Szentgotthárd to meet the other groups at around 6 PM after cycling along the Slovenian-Hungarian border section of the Iron Curtain Trail. Daily distance: 70-80 km with slight gradients

Three Borders Festival The Iron Curtain Trail-trip is followed by a three-days cycling festival in Szentgotthárd. One-day cycling trips are conducted to a different country every day, during which you will be guided to memorial places reminding the times of the Iron Curtain while you can admire the beautiful landscapes. Afternoons and evenings will host cultural events relating to the Iron Curtain: readings, history theatre, screenings, vehicles from the time, music, exhibitions, competitions for kids, wine cellars from the region, bands, and the introduction of different nations of the region. We are primarily waiting interested young people and families from the region and from the surrounding countries.

The festival is supported by: Gábor Huszár, mayor of Szentgotthárd // Opel // The Hungarian National Ministry of Administraion and Justice