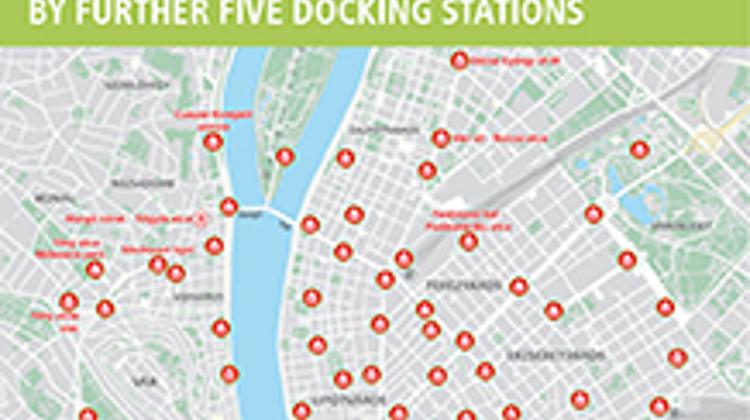 As pledged earlier by Budapest Mayor István Tarlós, the 180 million Forints collected as penalty from the supplier in 2014 will be used for system development and service area expansion.

Accordingly, 21+1 new docking stations, 638 docking points and 50 more bicycles will be added to the public bike-sharing system in Budapest by the end of September 2015. All 22 new stations are equipped with terminals that make registration and purchasing tickets possible for causal users.

Thanks to the expansion, MOL Bubi users now have 98 stations with 2,159 docking points in 11 Budapest districts and 1,150 bikes at their disposal . Station locations were determined based on consultations with the local governments of the relevant districts and also with the help of user comments and suggestions received via the MOL Bubi facebook page and e-mails to BKK.