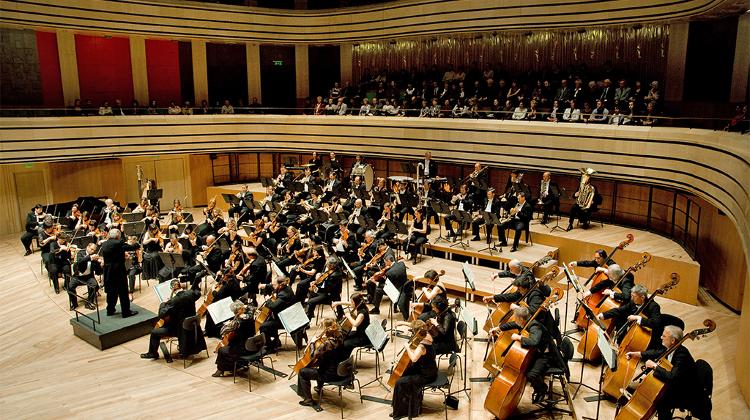 The MAV Symphony Orchestra was founded in 1945 by the Hungarian State Railways. Shortly after the Second World War, it established its name carrying a series of great concerts to the destroyed towns all over the country. As time passed, the orchestra developed a wide-ranging repertoire from baroque to contemporary music, and is currently ranked among the best professional ensembles in Hungary. On average, 50.000 people attend the concerts every year, but through the media, a lot more is reached.

The MAV Orchestra's concerts take place in the most respected concert halls of the country, like the Music Academy, the Palace of Arts, or the Italian Cultural Institute, which is the former headquarters of the Hungarian Parliament. Besides full-orchestra concerts, it regularly performs chamber music, youth concerts and participates in the famous Budapest Spring Festival as well.

The orchestra has performed in every European country, in many places across South America as well as in Lebanon, Hong-Kong, Japan, China and Oman. One of the most memorable appearances was a special concert in 1988 for Pope John Paul II. at his summer-residence in Castelgandolfo. Also a regular performer at Vienna's famous Musikverein.

Tickets are available at the Zoo's booking office or through www.jegymester.hu.

The concert ticket enables you to take a romantic walk through the Zoological Gardens from 7 p.m. and at 8:30 p.m. the announced concert will begin.

Our Zoo has a significant musical tradition in any case, because our forefathers in the late 1800s, also often organized musical concerts and events; in fact, at that time there was a dedicated bandstand in the garden area, donated by Count Palffy. In the 1910s the Zoo had its own symphony orchestra, led by conductor Henrik Wieschendorff. Hungarian Radio, launched in the 'twenties, broadcast its first concert from our institution.

After the Second World War, the Filharmónia Company organised concerts in the former open-air theatre, which is where the Japanese Garden is located nowadays. After this, musical events were almost completely absent for decades. The revival of the Zoo's musical traditions began in the mid-1990s with a concert by the Budapest Festival Orchestra.

Since 2002, we have organised the Musical Zoo Evenings concert programme every summer.