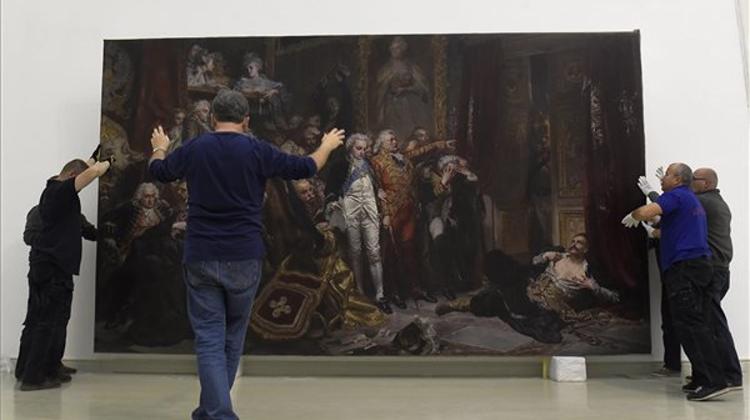 Nineteenth-century Polish painter Jan Matejko’s iconic picture Rejtan, or the Fall of Poland will be on show in Budapest as part of an exhibition presenting works from the period of the Austro-Hungarian Monarchy from November 22. Budapest’s Műcsarnok (Art Gallery) celebrates its 120th anniversary this year and the exhibition dubbed The First Golden Age presents some 200 works from nations that once belonged to the Monarchy.

The exhibition running through March 12, 2017 has been created with the help of museums and private collections in Hungary, Austria, the Czech Republic, Poland, Romania and Croatia. Ilona Sármány-Parsons, the show’s curator, told MTI that Matejko’s monumental work Rejtan has already been unwrapped in the gallery.

The painting completed in 1866 is considered Matejko’s first major work. It received a gold medal at the Exposition Universelle in Paris in 1867 and was purchased by Emperor Franz Joseph I of Austria, who presented it in Budapest in the following year, she said.

Ever since WW2, the painting has not left Warsaw, so lending it for the upcoming exhibition was an extraordinary gesture by Poland, she added.