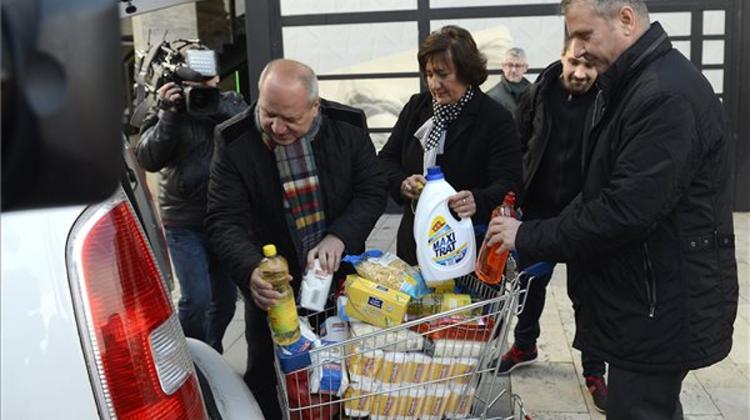 Pensioners should feel safe not vulnerable, and they should feel proud not poor, opposition Socialist Party leader Gyula Molnár said. The Socialists see issues around Hungary’s 2.7 million pensioners as cardinal, he told the conference on the sustainability of the pension system organised by the Friedrich Ebert and Táncsics Mihály foundations.

A third of the Hungarian population is of pension age, and the government is failing to support pensioners adequately, given that only every tenth forint is turned to this segment of society, Molnár insisted.

The government “stole 3 trillion forints” from the pension fund to help pay off government debt, so any future government must compensate for it, the Socialist leader said. A new sustainable pension system is needed, he said, arguing that pension hikes should not be tied to inflation.

Further, a mixed pension system should be reintroduced, he said. Pensioners should be handled not purely as a social issue or in terms of health care. Rather, policymaking should recognise that many elderly want to stay active, he said.

Instead of “the politics of usury”, partnership with civil society should be restored, he said, calling for the re-establishment of the council of senior citizens.

The ruling Fidesz party said in a statement in reaction to Molnár’s comments that the Socialists had “always used, cheated and impoverished” pensioners, and while in government they brought the pension system to the edge of bankruptcy. Under the Socialists, pensioners were deprived of a month’s pension and the value of the payment was left paltry, Fidesz added.