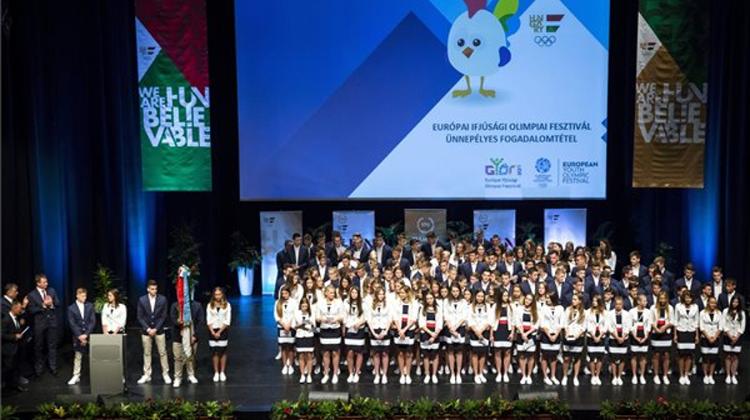 The European Youth Olympic Festival (EYOF) officially kicked off in the city of Győr, in north-western Hungary, on Sunday, 23 July with the opening ceremony.

The festival, which runs until July 30, will feature 2,500 young athletes between the ages of 14 and 18 representing 50 countries competing in a total of 130 events across ten disciplines.

Hungary will have a record 152 athletes at the competitions. The athletes will be accompanied by another 1,100 accredited people from their teams. For more information on the European Youth Olympic Festival click on the logo above!

Győr is the sixth largest city in Hungary, with just under 130,000 inhabitants. Its excellent geographical location in the so-called Golden Triangle of Vienna, Budapest, and Bratislava; the airport as well as the M1 highway have helped the to become one of the most important economic centres in Hungary. Győr is also known as the home of German carmaker giant Audi’s Hungarian plant.