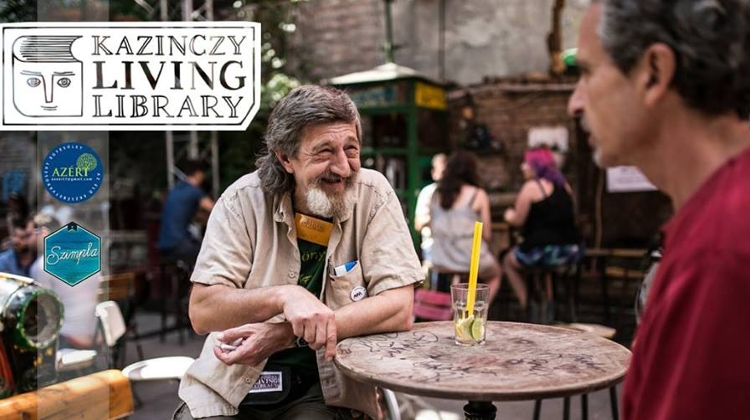 On April 7th, from 1 pm there will be another opportunity for you to have a meaningful discourse. Or a shocking one. A real one. A serious one. A nice one. An extraordinary one.

At this Kazinczy Living Library event, we will provide really fascinating library sections: you will have the opportunity to talk to homeless people, people in welfare employment, LMBTQ people, as well as "differently abled" people.

At the Kazinczy Living Library event you can talk to people who are in certain respect different from the majority society. Our starting point is the declaration that we talk about complete people, nobody can take over the role of the other, they can only have a discussion.

What is a Living Library?

The Living Library is a method created to promote respect, dialogue and to challenge stereotypes and discrimination between different social groups.

The Books in a living library are people who are marginalized due to their ethnicity, religion, profession, sexuality, social status, health, background, etc.

During this informal dialogue, the Books are sharing their personal experience regarding any kind of discrimination or inequality they have to face in their life and the Reader can interact, ask questions and reflect on his/her own prejudices.

The idea for the Living Library comes from Denmark, where a group of youngsters decide to take a stand against violence, after their friend is killed. They get the chance realize their idea during the Roskilde Festival, at which they organize the activities.

The Kazinczy Living Library was created inside the walls of Szimpla Kert in Kazinczy street.

The organization team had the wish to create an event both aimed at local people and international community in Budapest.