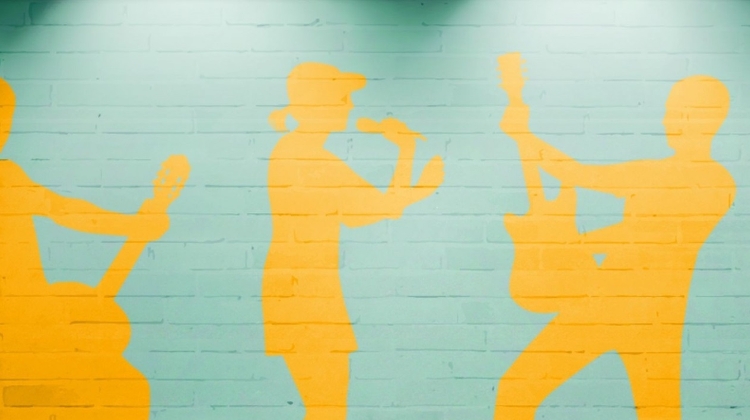 For the third time 5 young bands will bring a massive party to show a wider audience what they've got.

On the second day of summer, we will experience one of the country's most modern buildings in a way it is rarely seen.

For one night only, the underground parking garage will become a real underground party venue, with live music, draft beer and bread with drippings): instead of standing around in the hot sun, concert-goers can enjoy productions from the most promising young bands in the pleasant cool of the garage.

The host for the evening is the uncrowned king of frenzied dance parties, Firkin: the party kicks at 7 pm with their upbeat Irish pub music, and you can bet there won't be a moment's let up between concerts either.

The band applications received were scored by a professional jury composed of this year's Mupa Budapest performers, and the best of them will get the chance to prove themselves with 40-minute concerts slots.

The alternative pop band LivingRoom also appeared in this year's A Dal programme: their half-electronic, half-acoustic instrumentation even incorporates a cello as an important element on the stage.

In its current line-up since early 2016, MADRAPUR promises joyful, Hungarian-language rock & roll, which you may have already heard: the group reached the final round of the Soundcheck talent show, after which they performed several times as the opening act for 30Y.
The experimental PsyPorn journeys through acoustic-electric 'cyber-punk', and their improvisational concerts promise an exciting 'audio-visual and organically changing performance'.

Curious to see female-fronted pop-metal band Touch Me Not: the group's style has been dubbed 'cute metal' thanks to the angelic singing voice of bassist and singer Lilla Kucsera.

Adding spice to the evening will be Úrfi with its pop-rock lyrics of literary calibre: the group's first album Koszorúk was released in January 2018, while their song Pszicho can regularly be heard on Petőfi Rádió.

The audience can vote for their favourites at the event and the winners will receive additional prizes including a professional photo shoot, an entire day in Müpa Budapest's professional sound studio, and an invitation from the Woodstock az Ugaron Festival to perform as the opening band at an Anna and the Barbies concert.

What's more, one lucky band will receive personal guidance and a music export course from Firkin on the ins and outs of professional touring and a career as a musician.