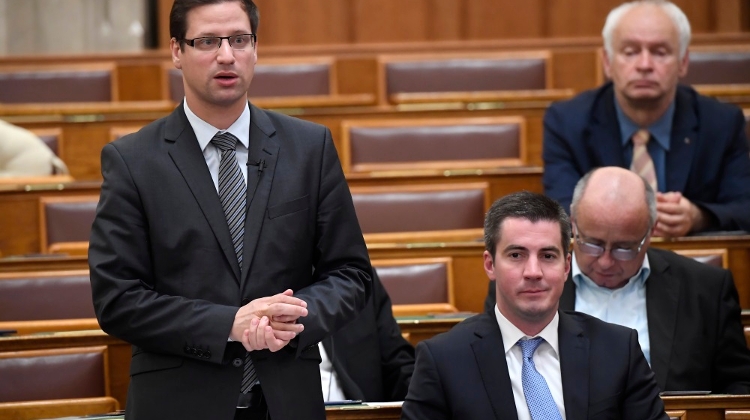 The government plans to submit the 2019 draft budget to parliament on June 13, which is expected to pass it by the end of July, Gergely Gulyás, the head of the Prime Minister’s Office, said.

It will cut the social contribution tax by 2% and tax breaks for families raising two children will increase further, he said. Next year’s budget aims to keep the budget deficit under 2% of GDP and growth above 4%, he said.

There were 4.4 million employed by the start of 2018, he noted. The number of workers in fostered job schemes dropped by 42,000 in the first quarter of 2018 from the year before since many have found jobs on the primary labour market, he said.

Economic growth reached 4.4% in 2017, driven mostly by growth in the services sector, he said. Hungary’s growth rate was the third largest in the EU, he said.

Commenting on the recommendations by the European Commission issued on Hungary’s infringement on the medium-term deficit target, Gulyás said “had we heeded the EC’s recommendations in 2010, the country wouldn’t be where it is today.”

The government will read the reports and “be grateful for the advice”, he said.