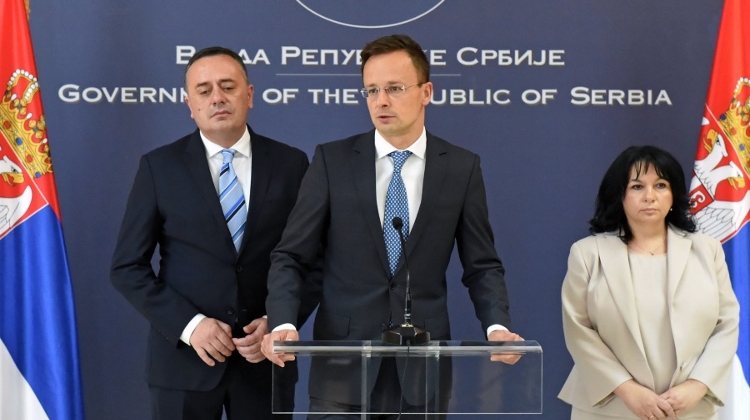 Szijjártó noted that central Europe has no gas supplies coming from the south at present. It would make sense to improve energy security by ensuring supplies from this direction, he added. One possible scenario is a gas pipeline through Bulgaria and Serbia, the precondition for which is the completion of the second pipeline of Turkish Stream by Gazprom.

The first pipeline of Turkish Stream will serve Turkey’s internal gas demand and the second will supply enough gas to fulfil the demand of central Europe, Szijjártó said.

The second pipeline of Turkish Stream is planned to be built by Gazprom to Bulgaria by the end of 2019 and Bulgarians will need to develop their internal network by building 400 kms of new pipelines and compressors.

This is expected to be completed by 2022 and Serbia is also expected to develop its network by then, he said. “Internal network development in Bulgaria and Serbia and Hungarian infrastructural development will enable gas to be received on a new southern transport route to central Europe, including to Hungary, by 2022,” he added.

Hungary has proposed opening all chapters of accession talks with Serbia this year because speeding up Serbia’s integration will be beneficial to the stability of the Western Balkans and Hungary’s security, he said.

“I confirmed that we do not accept double standards in the EU and oppose setting conditions to Serbia that are different from the ones set to other member countries or candidate countries,” he added.

Szijjártó and Dačić agreed that energy stability and developing infrastructure links are key tasks for the near future, the Serbian foreign ministry said. Szijjártó expressed satisfaction over the situation of ethnic Hungarians in Serbia.

They also discussed current international affairs, with special regard to the migration pressure affecting the region.

According to a statement by the Serbian president’s office, Vučić and Szijjártó emphasised that bilateral relations were at an all-time high thanks to the openness and dedication to cooperation by the government of Hungarian Prime Minister Viktor Orbán.

Vučić said he was committed to further developing friendly relations and expressed his gratitude for the support that Hungary granted to Serbia’s European integration.