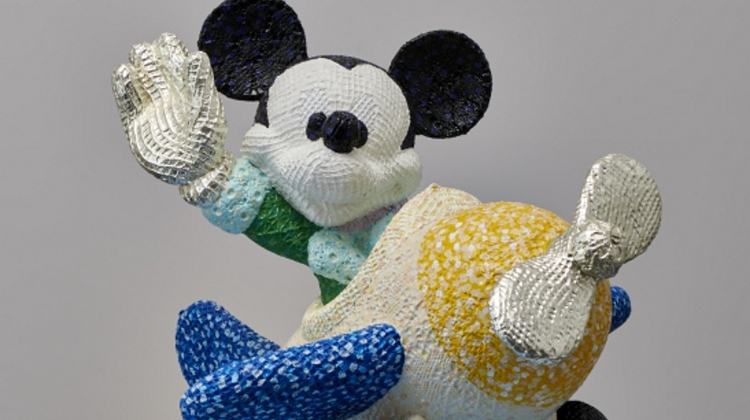 On view from 13 July, until 2 September. The exhibition focuses on the New York years of Hungarian painter Sam Havadtoy. His work relations with the city’s influential artists throughout the 1970s and ‘80s greatly affected his developing career as an artist.

Having arrived in New York as a young man and working as an interior designer Havadtoy was often invited by Andy Warhol, Keith Haring, Yoko Ono and many others to participate in their art projects.

His unique creative approach gained more and more room in these collaborations, which would also be the foundation of his future career as an independent artist. The exhibition draws a parallel between Sam Havadtoy’s New York collaborations and his own later artistic endeavours.

One of the main sections of the exhibition is based on his relationship with Yoko Ono, with chess as its leitmotif.

“Of all the letters of condolence and gifts that came to the Dakota after John Lennon’s death, one of the strangest and most touching was the 5x5cm handmade leather chess set sent by the chess world champion Bobby Fischer.

This was how Yoko and I began playing chess,” recalls Havadtoy. Chess also became a metaphor for their separation twenty years later.

In Havadtoy’s explanation, the games in a relationship are a lot like chess. “Chess has turned into the symbol of love in my mind,” he says.

This is how Bobby Fischer’s 1972 championship match of 41 moves against Boris Spassky deserved a series of 41 paintings, in which each move is represented in a different shade of white.

A typical trait of Havadtoy’s art is the act of wrapping, covering, concealing. ollected from the streets of Budapest, the discarded doors are pieces of the city’s history, silent witnesses to the destinies of people who used them.

They are time capsules that undergo the stages of mummification owing to Havadtoy’s signature technique, anointed, wrapped in lace, textile, then Plextol, to be eventually painted over and “dotted”.

The artist collects stories that he then carefully conceals behind an unbreakable shell, presenting them to the spectators in quest of meaning, who then have no choice but to project their own memories welling up onto these closed yet discernible objects.