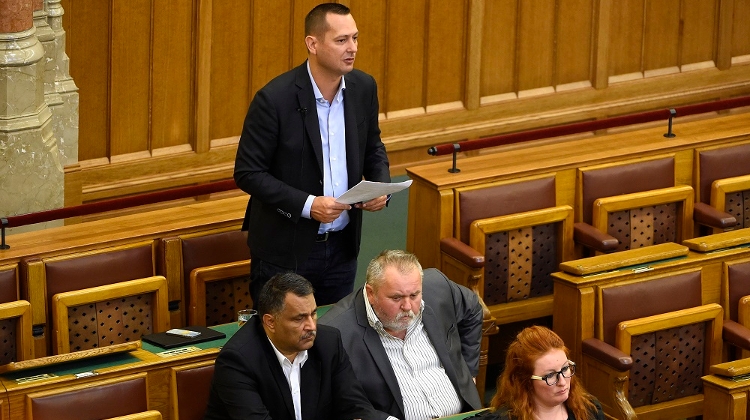 The amendment of the electoral law serves the interests of the ruling Fidesz-Christian Democrats rather than those of the country, the opposition Socialists said.

The ruling parties are continuing a trend they started in recent years by manipulating the electoral laws, Socialist lawmaker Zsolt Molnár (pictured on top) told a press conference.

The amendments allow Fidesz an unfair advantage, he added. The system remains open to abuse, with unrealistically lax conditions for postal voting by ethnic Hungarians in neighbouring countries, while those with a permanent address in Hungary working abroad face great difficulties if they want to cast their votes, he said.

The Socialists have submitted proposals to address the law’s shortcomings. However, the rule that one voter may support the nomination of more than one candidate, which enabled several abuses in the last election, remain intact, Molnár added.

He also criticised the fact that the state, local councils and companies owned by them are not banned from paying for advertisements during the campaign. The Fidesz group called it pathetic that the Socialists have been pointing fingers at others because of their own failures and incompetence for several years.

Fidesz MP István Bajkai told a press conference that the new rules would make electoral procedures smoother and more transparent, and ensure stricter campaign financing. Bajkai noted that this year’s general election had pointed to areas requiring “even more accurate” regulations, while legal disputes broke out around issues such as ethnic Hungarians’ casting their vote by mail.

Bajkai insisted that the new rules concerning campaign financing would “eliminate another loophole” in the law, rolling out the responsibility of party leaders for central campaign subsidies to the party’s candidates, too.

In future, political billboards as well as political advertisements in the press will be required to indicate the customer ordering the ad, Bajkai said.