BMW To Build Factory & Start Production Around 2023 In Debrecen 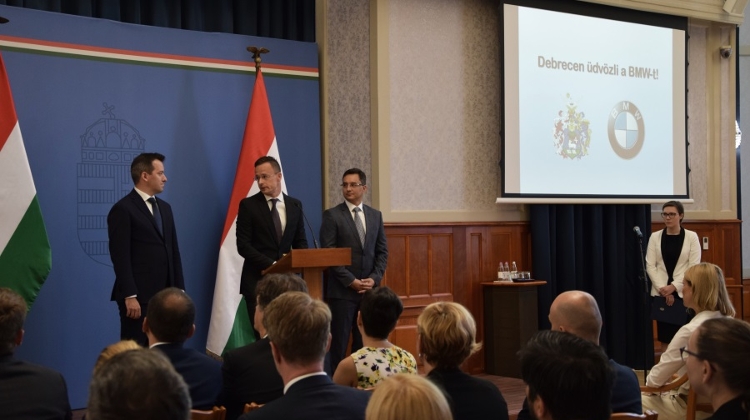 German car manufacturer BMW is to build an over 1 billion euro factory for the production of conventional and electric cars in the eastern Hungarian city of Debrecen, the minister of foreign affairs and trade, Péter Szijjártó, announced on Tuesday.

The factory to be built on a 400-hectare plot on the city’s outskirts will turn out conventional and electric cars using cutting-edge technology, he said. It will have capacity to manufacture 150,000 vehicles a year, Szijjártó said, adding that the factory will start off with 1,000 employees.

Szijjártó said BMW will take ownership of the site in the second half of next year and will begin recruiting next year. He said the investment would boost Hungary’s competitiveness and further strengthen Hungarian-German economic relations.

New technologies are constantly changing criteria for success, he said, adding that companies are continually competing for the application of new technologies while countries are always on the eye out for investment.

This new era has an especially big impact on open economies such as Hungary’s, he said. Szijjártó said Hungary’s entry to this competition comes along with low taxes, flexible labour regulation, dual vocational training and high-quality IT and technical training.

In a press release, BMW said Debrecen is “the ideal place” for the group to expand its production network, citing good infrastructure, suitable logistics connections, proximity to an established supplier network and the qualified local labour pool.