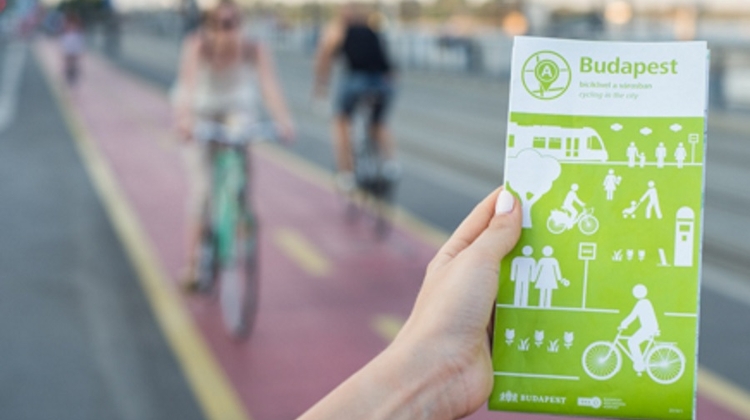 BKK, the Centre for Budapest Transport is now launching a new bicycle route map that covers all of the routes accessible by bike in the capital, as Index.hu reports.

The Centre for Budapest Transport (BKK) has initiated the new cycling map as part of the project of making Budapest a cycling city. The strategic views of BKK include promoting a nature-friendly way of public transport, the advantages of financial sustainability and new routes in the city.

The popular MOL Bubi public rental bicycles have also been launched following this mindset. However, Bubi has become even more popular among commuters since the start of the metro refurbishment last year.

Finally, BKK published a brand new bicycle map that covers all of the routes that bikers can use in Budapest. The new features besides the map especially come in handy when planning a new route or trip with the BKK Trip Planner function.

Great news for foreigners and tourists: the map is available in English, too, so visitors can use it to plan amazing bike trips around Budapest.

BKK prepared the map for both experienced and beginner bikers, which means it perfectly suits newcomers, such as tourists, too.

Some of the extra features include the main channels of bicycle routes, the routes with less car traffic that can be startling for newbies, one-way streets and other means of public transport that can be used for transporting bicycles.

The first side of the map shows the whole city, while the other side has a more detailed map to offer with the city center in focus.

Go and get your copy at one of the BKK Customer Service points, ticket offices or the central office of the Hungarian Cycling Club.