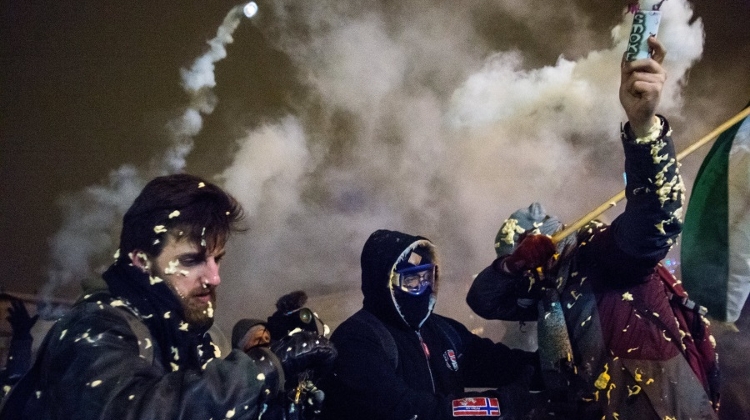 On Wednesday, parliament voted to raise the upper threshold for annual overtime from 250 to 400 hours. The opposition blocked the house speaker’s dais and obstructed proceedings with loud whistling and jeering in an attempt to thwart the vote.

Later that day, demonstrators against the regulation clashed with police on Kossuth Square near Parliament.

Kövér said that they are looking into making house disciplinary rules stricter as those in effect “do not seem to be a strong enough deterrent”. He said that the opposition had resorted to “mindless disorderly conduct verging on anarchy as a standard tactic”.

“So in this case, it should at least hurt,” he said. What happened in the assembly chamber was in no way different from the demonstrations outside Parliament, Kövér insisted, where protesters clashed with police on Wednesday and Thursday night.

Kövér has proposed fines of 400,000-600,000 forints (EUR 1,235-1,850) to be paid by five Socialist lawmakers, a Párbeszéd MP and a Democratic Coalition MP. The speaker’s proposal must be approved by the Parliament.