Budapest's Blaha Lujza Square To Be Modernized This Autumn 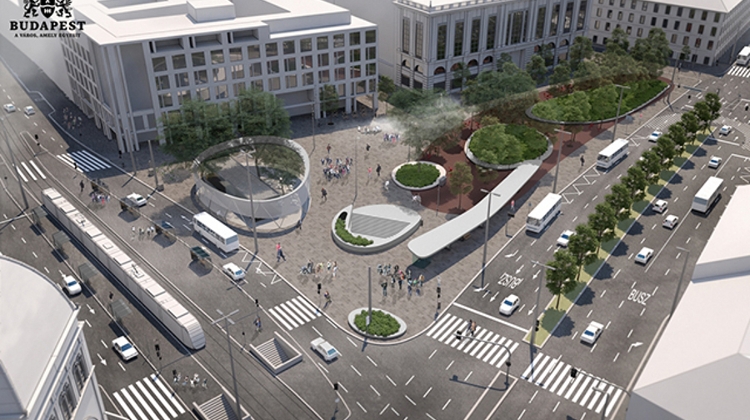 After 55 years, one of the most crowded and dangerous squares of Budapest is to be transformed into a modern community space with the financial support of the government and the Budapest City Council, according to Origo.hu

Blaha Lujza Square located in the heart of the city is planned to be one of the centres of a more liveable Budapest with more green terrains than before and a building serving cultural purposes.

Not dangerous anymore? Not many know that the original Hungarian National Theatre stood on Blaha Lujza Square; however, since it was hit during WWII, the reconstruction required a lot of money and architects stated that the underground would weaken the building, the government decided to demolish it in 1965.

Blaha Lujza, after whom the square was named, was one of the biggest Hungarian actresses, the “Nightingale of the nation.”

According to the plans, Blaha Lujza Square will become accessible for people with reduced mobility; there will be a building for organised cultural events, there will be fountains and even the underground station will be modernised.

In fact, the building will not only commemorate the onetime national theatre but will also create a venue for concerts, performances and other cultural programs – reported Origo.hu.

he number of trees will grow from 26 to 65, thus, the altogether green surface will exceed 1000 square meters. Furthermore, they will plant trees even in a street-island of Rákóczi street which will be replaced only after the reconstruction of the road starts. 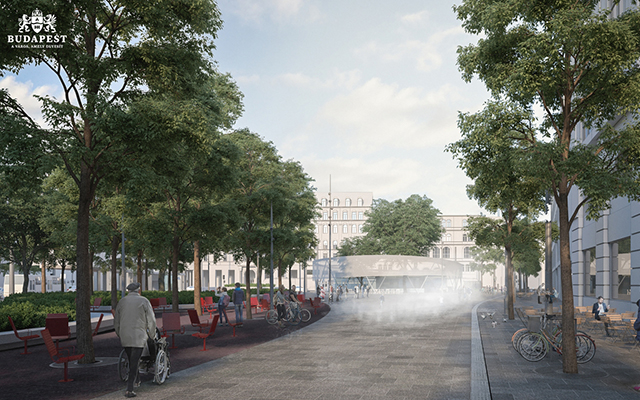 Further developments: there will be two MOL Bubi public bike stations on the square there will be more cycle stands connected to the renewal of the square some streets will also be modernised in the neighbourhood the owner will modernise one of the oldest stores of Budapest, the Corvin, including its artistic facade

The project will start in fall According to the origo, the concept was developed together with locals and many professionals. Furthermore, it is supported by both the local councils of the 7th and 8th districts and the Budapest City Council.

The proposals of those taking part in the public hearings and consultations were built into the final draft of the concept. They even harmonised the plans with the Hungarian Cyclists’ Club.

According to the origo, discussions are far from being finished yet, since developers would like to talk with institutions planning to organise cultural events on the square.

At the moment, developers and the local councils are trying to acquire all the required building permits. In the summer the plans will be finished, and the project will start in fall.

The altogether cost of the modernisation will be 4 billion HUF (12.7M EUR) which includes even the renewal of the underground station and the neighbouring streets.

The needed money is provided by the Budapest City Council and the government.