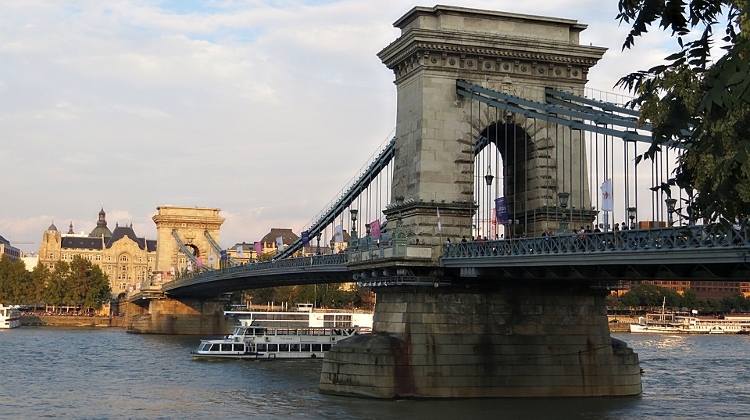 According to the Budapest Festival and Tourism Centre’s report, the reconstruction works of the Chain Bridge and Buda Castle Tunnel are going to start this autumn between October and November and be finished in the spring of 2021.

PestBuda reported that the reconstruction works have two major parts. First, the tunnel of tram line 2 and its surface will be renovated.

In the second part, architects start the renovation of the Buda Castle Tunnel, Ádám Clark Square and the bridge itself.

Every single part of the bridge will be renovated or renewed, including the road, sidewalks, structural elements, lighting and the stone lions as well. Experts stated that the traffic on the bridge remains after the reconstruction works end.

The capital’s oldest bridge will get wider sidewalks, pedestrian crossings and pedestrian underpasses as well. On the Pest side, tram stations Széchenyi Square and Eötvös Square will also be renovated.

New and environmentally-friendly LED lamps will be installed which, besides the regular lighting, will be able to use different colours on national holidays and celebrations.

The Buda Castle Tunnel will receive the same LED technology besides the renovated and broadened sidewalks and a brand-new bicycle zone.

Part of this investment is to examine the condition of the quay near Vigadó Square and to create a modern and stunning square to bring the community together and to harmonise Budapest with the Danube.