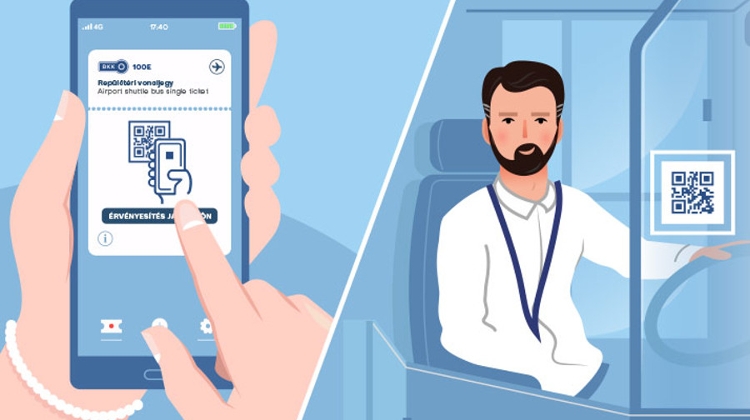 Following more than six months of preparatory work and continuous testing, the first phase of the 'Integrated Fare Collection Electronic System' in Budapest, a public transport mobile ticket, was launched on 3 June.

The airport shuttle bus ticket for line 100E is now available through a mobile application in addition to the regular paper ticket.

The mobile ticket is a Budapest public transport ticket or pass purchasable through a mobile application.

As a pilot project from June 2019, the mobile ticket is first offered for airport shuttle bus 100E. Passengers can purchase the mobile ticket with the help of the app by the National Mobile Payment Plc. or its distributors anytime, anywhere, even while waiting at the stop.

Based on the service agreement between the National Mobile Payment Plc and BKK, no extra fees are charged for purchases in the app: the mobile ticket has the same price as the paper-based ticket.

The mobile ticket does not replace current paper tickets or passes, which are available as before, it is only an additional sales channel. Please go to bkk.hu/mobileticket for details on how to use the ticket.

The agreement on the public transport mobile ticket was signed by Minister of the Interior Dr Sándor Pintér and Budapest Mayor István Tarlós on 10 April 2019.

The introduction of the mobile ticket is realised as the first phase and part of the Integrated Fare Collection Electronic System by the National Mobile Payment Plc in collaboration with BKK.