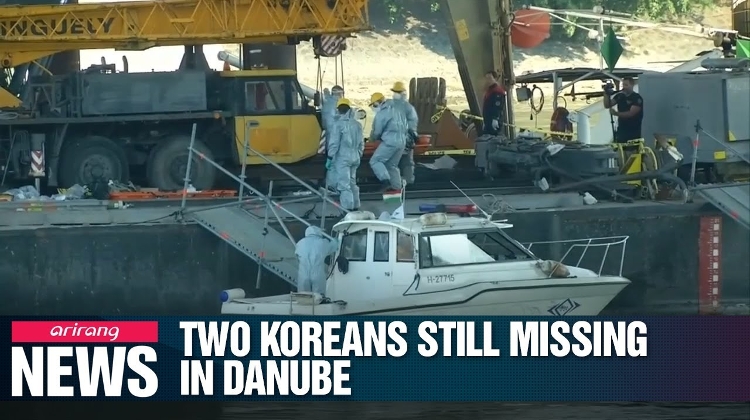 Thirty days have passed since a tourist boat carrying mostly South Korean passengers sank into the murky waters of the Danube River in Budapest.

One body, recovered last week some 30 kilometers downstream from the accident site has been confirmed to be South Korean woman in her 60s.

Hungarian authorities made the announcement on Thursday based on DNA testing. The sinking killed 24 South Koreans and two Hungarian crew members.

Two South Koreans are still unaccounted for. The search operation for the missing is still ongoing.