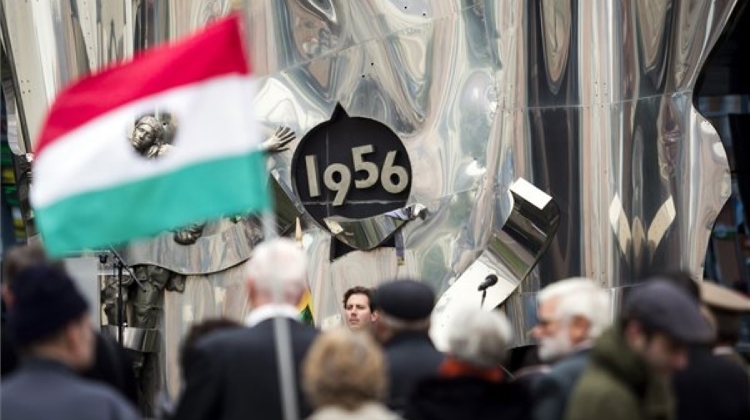 A commemoration was held in honour of former Danish diplomat Povl Bang-Jensen, a martyr of the 1956 anti-Soviet uprising, at the monument erected in his memory at plot 301 in the Rákoskeresztúr cemetery in Budapest.

Addressing the ceremony, Fidesz deputy group leader Zsolt Németh noted that the body of the diplomat who had died under mysterious circumstances was found in a park in New York 60 years ago today.

The high-ranking UN official became the target of government retaliation for protecting Hungarian witnesses of the 1956 revolution and their families, Németh said. Bang-Jensen saved hundreds of Hungarians by refusing to turn over information he had on their family members who had fled the country, he added.

Németh drew a parallel between Bang-Jensen and Swedish diplomat Raoul Wallenberg who saved the lives of thousands of Hungarian Jews during the second world war, noting that they had both saved Hungarians, both had yet to be fully recognised in their home countries and both of their lives ended under mysterious circumstances.