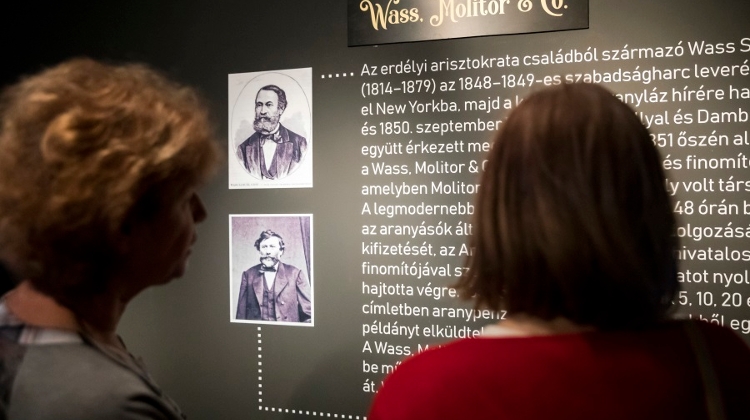 Now on until 28 May. Hungarian 1848/49 emigre officers in California’s Gold Rush and their career in gold is the focus of an exhibition that opened in the Hungarian National Museum.

The first nuggets of gold were found in California in January, 1848, triggering a inflow of hundreds of thousands within a few years to the wild west, the director of the museum said.

Among them were a group of highly qualified, well-educated, foreign language speaking military officers who emigrated to the United States after the crushing of Hungary’s 1848/49 War of Independence, Benedek Varga told a press conference.

They however made their fortune and career not as “average gold diggers”, but thanks to their skills and newly acquired knowledge as engineers, metallurgists, smelters and assayers, he said.