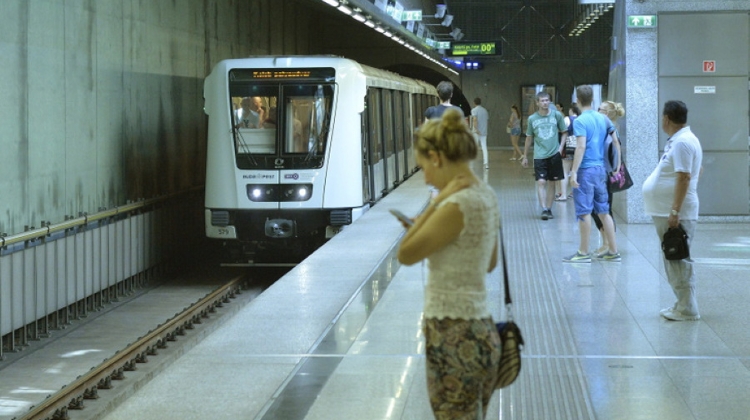 Passenger traffic on the M4 metro line has nearly doubled in the past five years and if this trend continues, then Budapest will have to procure new metro carriages, according to reports.

After it opened to the public in 2014, a daily average of 100,000 people rode on the M4 metro line running between the Keleti and Kelenföld train stations.

Only 13 of the 15 Alstom metro carriages serving on the line are allowed to go into service at peak hours, but that will no longer be sufficient if the number of passengers continues to increase.

The BKK says that the two-and-a-half minute metro frequency in peak hours can be reduced only if more metro carriages are put into service on the M4.

Although Alstom trains also run along the M2 line, their technical parameters differ from those purchased for the M4, so they cannot be used on the newer line.

Late last year the BKK increased the running schedule on the M4 in peak hours, so that trains can transport nearly 15% more passengers.