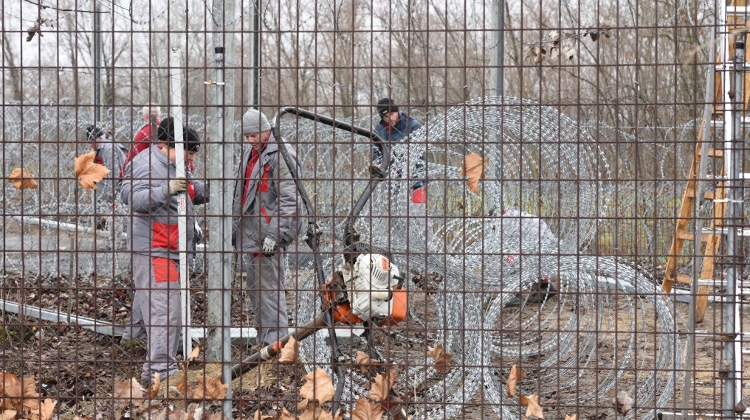 A group of 60-70 refugees tried to enter Hungary from Serbia at Röszke early Tuesday morning, but were deterred by warning shots, the Interior Ministry reported.

Dozens of migrants jumped over security offences at 5.20 a.m. As the border crossing does not open before 7 a.m., one of the security guards fired three warning shots.

The vast majority returned to Serbia. Police caught four others and interrogated them.

However, several others fled into Hungarian territory, so authorities sealed off the area.

Asked how such an incident could have occurred despite the ongoing border surveillance, Pintér replied that the Röszke border post is there for people to cross.

“This is not a border fence issue; this is a crossing point, hence it is a completely different system,” Pintér said.

Pintér said he had received information last week that smaller groups would try to penetrate the border at several places.

HVG’s on-site correspondent reports that the 60-70 migrants have been hiding at the Kanjiza train station, which was closed a week ago. Since then, they have been constantly harassed by authorities, which has led to a growing tension and made the refugees feel they were trapped in Serbia, HVG writes.

Serbian authorities later announced that they had detained 37 of those who tried to enter Hungary.