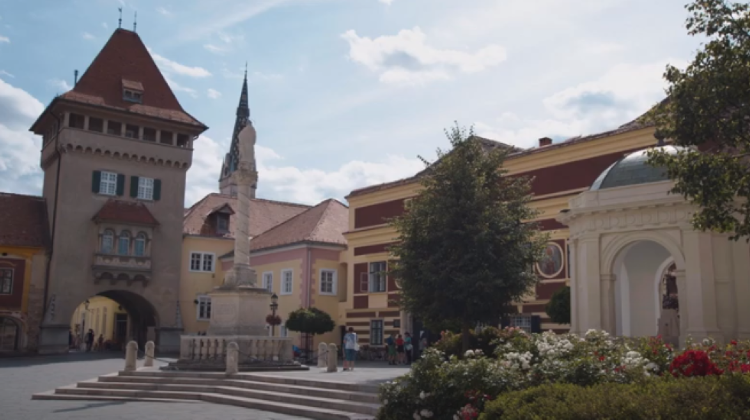 Kőszeg is one of the most romantic and beautiful towns in Hungary. Kőszeg is situated on the Austrian border, at the foot of the Alps. Kőszeg is often called the „Jewel Box of Hungary”, thanks to its historical monuments, sights, architecture and famous places.

Established in Medieval times, Kőszeg is not only nice, but has some of the cleanest air in Hungary.

The city of Kőszeg was established in Medieval times, It is a great example of how German and Hungarian citizens could live together in harmony for over a few hundred years.

The memories of this era are preserved in the three-way structure of the town: the medieval downtown is in the middle, to the south there is the Hungarian suburb and to the north there is the German suburbs.

Kőszeg is one of those towns, in which the medieval walls of which have been preserved almost undamaged, and the structure of the medieval inner town has not been changed.

Mostly hills and forests make up the surrounding areas of Kőszeg, which play a determining role in the life of the city. This kind of climate has a very positive effect on respiratory diseases.

A nice walk in the forest, warble of streams and wells and tweets of birds help anyone who aims to escape from the noise and rat race of the city, or just would like to spend a few romantic hours with their partner.

The main sight of the hills is Írottkő Lookout tower (883 m).

This building is unique, as one part of it belongs to Austria, while the other stands on Hungarian territory, surrounded by the remains of the infamous Iron Curtain. The lookout tower is situated on the highest point of Hungary and Burgenland.

This chain of hills and hollows and the foot of Alps were often called „Hungarian Switzerland”.

The surrounding hills are famous for their grape plantations too. The winery of Kőszeg has its roots in the 1200’s.

After spending an active day or having a nice walk around with your partner,  have a nice dinner and tasting the local wines in one of the restaurants in the area.

Some other sights include: Sacred Heart Church in the Main Square, Jurisics Castle, Tower of Heroes and the Giant Plane Tree.