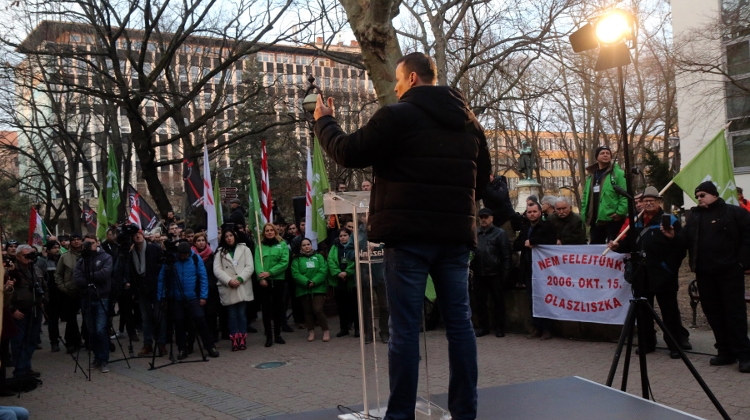 The non-parliamentary Mi Hazánk party demanded “order in the country” at a protest attended by several hundred supporters in front of the local government office in Miskolc, in north-eastern Hungary, late on Sunday.

Addressing the event, the radical nationalist party’s head László Toroczkai referred to Roma people as a minority with “tribal organisations”, which posed a threat to the majority.

At the same time, he said “decent working Roma must be respected”.

He referred to “no-go zones”, citing a recent case when ambulance staff could not reach a patient in time because they needed police support. Mi Hazánk’s deputy leader, Előd Novák, called for an end to “Roma crime”.

After the demonstration, a torch-lit march was held in Sály, a nearby village where a 61 year-old woman was recently killed by a Roma man.