Video: Tent Hospital Set Up In Budapest For Coronavirus Patients 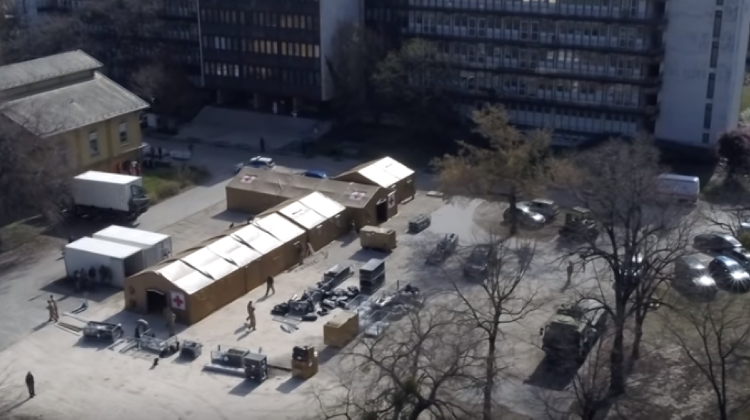 The army has built a tent hospital in a single day in the courtyard of Budapest’s St. László Hospital, Ferenc Korom, the commander of the Hungarian Armed Forces, said in an interview to public television.

The state-of-the-art tent system has been set up to flexibly adapt to the task at hand, according to the army’s website honvedelem.hu.

In the current epidemic phase, the tent will be used to pre-screen patients so that patients can be assigned to the best possible care within the shortest possible time.

The tent system can withstand winds of up to 100kms per hour and it contains a rapid cooling and heating system, the website said.