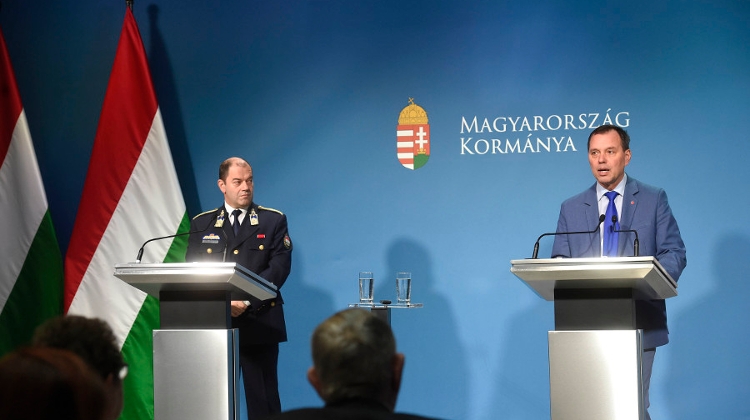 Hungary’s operative board coordinating efforts against the new coronavirus has recommended that hospitals and nursing homes introduce visiting bans as the number of confirmed coronavirus cases in the country rose to seven over the weekend.

Tibor Lakatos, head of the board’s emergency centre, told a news conference that Hungary has so far only identified individual cases of the virus and that the aim was to prevent an epidemic.

Of the seven people diagnosed with the new virus so far, four are Iranian citizens, one is British and two are Hungarian nationals, he said.

Chief medical officer Cecília Müller said their condition was satisfactory, adding that only the elderly Hungarian patient with underlying illnesses was in a poor condition.

Tamás Schanda, a state secretary of the innovation and technology ministry, told the same news conference that the government has ordered nationwide consumer protection inspections with a view to catching any retailers looking to take advantage of consumers concerned about the virus.

He added that retailers were constantly restocking their supplies and there was “no reason to panic”.

Foreign ministry state secretary Tamás Menczer said there were seven Hungarian citizens quarantined in four foreign countries, including one who has tested positive for the virus in Japan.