How Tech & Work Habits In Hungary Changed During Epidemic 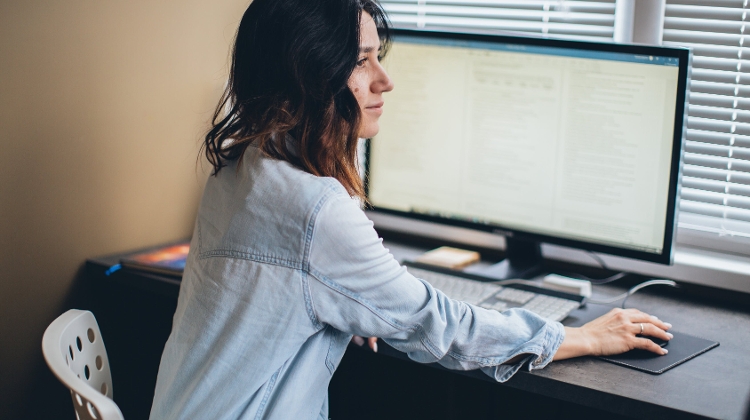 Due to the epidemic situation in the spring of 2020, the traditional forms of contacts have become more limited and attention has turned towards digitalisation even more.

In half a year, the proportion of Hungarian Internet users, who believe that digitalization has a positive impact on our daily lives, has grown from 54 to 71 percent.

Accelerated digitization is the most evident in changes in communication habits: compared these days to October 2019, the proportion of Hungarian users of social media on a daily basis has increased by almost ten percent, and more than a third of employees work from home now in Hungary.

But how much have communication processes changed as a result of the virus? A recent research by eNET examined the issue in April 2020 among adult Hungarian Internet users.

Social media is gaining more space in our private relationships

According to the research in April 2020 made by eNET, the perception of digitization among Hungarian Internet users has changed significantly in the last six months: the proportion of those who believe that digitization has a positive impact on our daily lives has increased from 54 to 71 percent.

This favourable effect is partly due to the communication, recreation and orientation opportunities provided by digitalisation, and one of its platforms is the social media.

Currently, 99 percent of Hungarian Internet users use some form of social media applications. The proportion of active social media users was already high in October 2019 (79%) but presumably due to the virus, the daily use rate increased by almost ten percent in half a year (87%).

At present, more than half of the Hungarian population has user accounts on the TOP three most popular platforms in the country: more than five million people use Facebook and YouTube, and almost as many people use Facebook Messenger. Viber (2.9 million), Instagram (2.1 million), and Skype (2 million) are less popular but still millions use them. 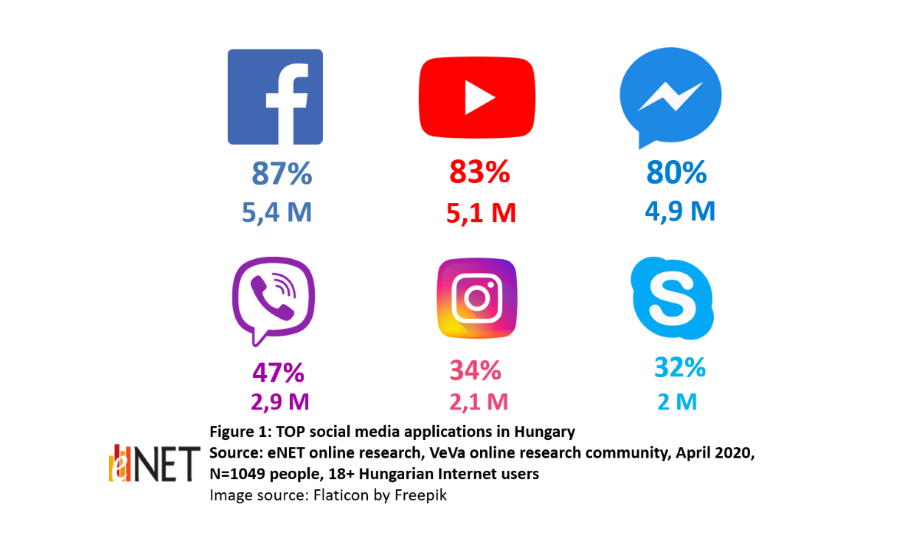 In the current situation, social media is also decisive in the case of contact with our relatives: through the Internet, half of the Hungarian net users keep in touch with their family members (those who do not live with them) on a daily basis and a third of them several times a day. The positive impact of digitalization in communication is shown by the fact that 72 percent of Internet users in Hungary believe that digital solutions contribute to keep the family together (this rate was still 66 percent in May 2019).

Home office: a challenge to separate work and private life

Due to the current epidemic situation, besides the communication trends, work processes have also changed. Three-quarters of Hungarian Internet user employees are affected in some way by the coronavirus epidemic, more than a third of them working remotely.

A quarter of employees say their workload has increased because of the epidemic, while a fifth’s has reduced it. Unfortunately, there are also those whose situation is even worse: 7 percent have lost their jobs and 6 percent are unable to do their job. 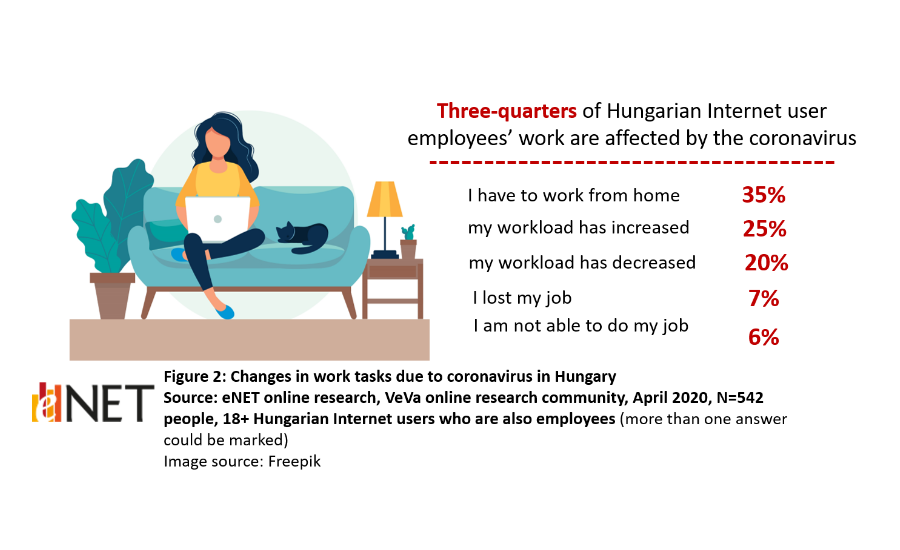 For teleworkers, the most popular forms of communication among colleagues are email (83 percent) and phone (69 percent), but there are also many people who communicate with each other through social media (43 percent). For 41 percent of them, the newest trend teamwork tools (e.g. Teams, Slack) are also in use.

There are a number of new challenges for (Hungarian) teleworkers who work from home, at least for half of them who have never worked in a home office before. For home workers the most problematic is the blurring of work and private life: 57 percent of them have already dealt with their private affairs while working, and a quarter of them have worked overtime as a result.

Four out of ten teleworkers were contacted for work in their spare time and the same number worked overtime because it was harder for them to stop working on time in the home office. But there are other problems with working from home: a third had a hard time communicating with co-workers, and a quarter found that they didn’t feel like working at home so their performance wasn’t very efficient either.

Digital communication: we have become holders of new knowledge and skills

Despite the hardship caused by the epidemic, Internet users in Hungary view the development of digitization as a positive effect and most of them say that this impact will be felt even after the epidemic is over.

At least eight out of ten net users say that the importance of digital communication will increase and more and more people will use digital devices because of the coronavirus. The development of digital education and teleworking opportunities were assessed as an advantage of the new situation, too.

Painless Ways You May Adjust To Homeworking