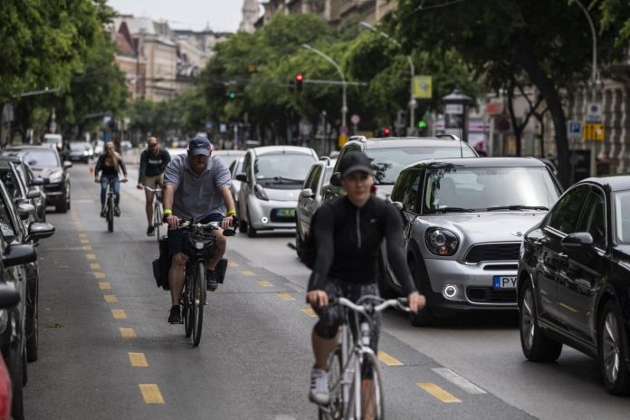 Balázs Fürjes, the state secretary in charge of development projects in and around Budapest, has called on the city’s mayor to reopen road lanes, accusing the mayor of waging a war on motorists.

In a letter to Gergely Karácsony, Fürjes called on the metropolitan leadership to “stop stigmatising and condemning” motorists. He said the lanes should be freed up for vehicles in time for the start of the new school year.

“We agree with the mayor on the need to find a balance between public transport, car traffic and bicycle and pedestrian traffic in Budapest,” Fürjes said.

At the same time, he said it was important not to consider transportation by car and motorists themselves “enemies”.

Fürjes said that by keeping lanes closed in Budapest’s busiest areas, the city council risked causing “chaos, traffic jams and accidents” in those places once the new school year gets under way.

“Travelling by car in a big city is not deviance or a crime,” Fürjes said.