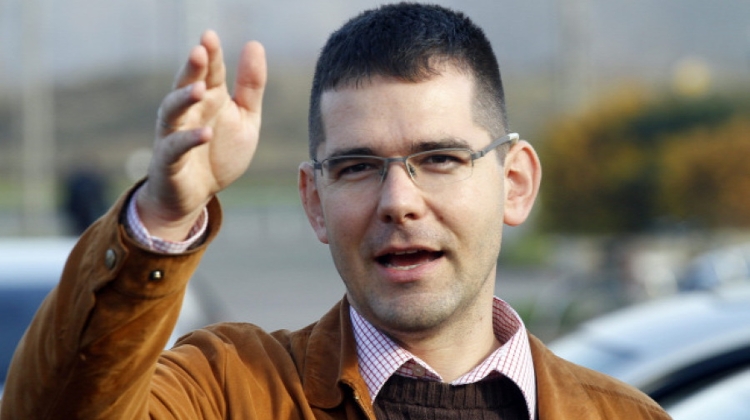 Police have detained the co-leader of the extra-parliamentary radical right 'Mi Hazánk' party for removing a rainbow pride flag from the Budapest City Hall, the party said late on Sunday.

Előd Novák (pictured on top), assisted by other activists, had climbed on a 15-metre fire escape ladder to remove the flag from the building and threw it in a nearby rubbish bin, the party said, describing the flag as a “rainbow rag”.

Referring to the short-lived Hungarian Soviet Republic of 1919, the party said “Mi Hazánk considers it a shame that one hundred years after Regent Miklós Horthy freed the capital from its red rags, Mayor Gergely Karácsony not only brings back its spirit but also provokes the well-meaning majority by erecting such an anti-human flag”.

Referring to the gay pride marches held in Budapest since the 1990s, the party added that “Mi Hazánk is the only Hungarian party that demanded banning the homosexual propaganda march but police have never been willing to take action”.