Hungarian Wine Guide: 2020 Shaping To Be A Challenging Vintage, By Robert Smyth 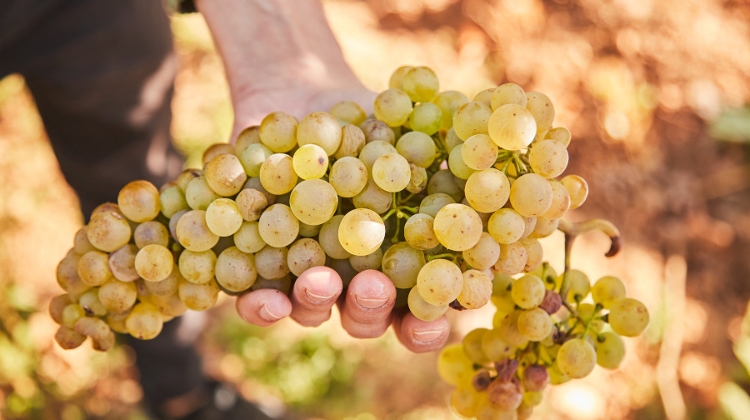 The past couple of months have seen a return to some semblance of normality, or rather the dawn of the new normality, in the wine industry, as in other areas. After a quiet spring, wineries across the land have been boosted by staycationers thirsty for Hungarian wines, which has compensated for the lack of foreign visitors.

Back in March, when most wineries were battening down the hatches, Tokaj’s Disznókő somewhat surprisingly announced it was looking for a new wine tourism manager, which in hindsight appears to have been a very smart move.

“Tourism has been going very well, and has been especially strong in July and August,” Disznókő director László Mészáros, told the Budapest Business Journal. Regarding the overall business, he noted that while sales are down compared to last year, business has nevertheless been picking up somewhat.

“It’s not as catastrophic as I expected a few months ago, but we’re still behind on numbers,” he said.

Just to try winemaking nerves further, the weather conditions this vintage have not being playing ball, with a prolonged period of virtually no rain, followed by the wettest summer since 2010.

“It will be a challenging vintage, but the good news is that after some early harvests, picking will be at more of a usual time. Ripening is later, as there’s been less sunshine than usual,” said Mészáros.

Prolonged ripening is favored by grape growers as it usually leads to the slow but steady accumulation of deep and complex flavors in the grapes. Nevertheless, the high amount of rain has caused further problems.

“It’s too early to give a description of the quality, but I don’t think it will be a great vintage for dry wine; good, but not great perhaps. Sweet wine can still be very good.”

With the exception of the quite literal washout of the 2010 vintage, 2020 will be the year with the most rain in the vine’s vegetative period.

“Usually a great vintage has some water stress, with rain coming at the right time,” Mészáros explains. The lack of rainfall from January to the end of May did not cause problems, thanks to a good amount of rain in November and December making up for the subsequent shortfall.

By way of comparison, the Disznókő director says that just 200 milliliters of rain fell in the first five months of the year, while 220 ml fell in June. In the vineyard, the number of bunches is not very high, with millerandage (also known as “hen and chicken”) occurring: the uneven size of the grapes, whereby some remain tiny and others develop normally.

Other clusters have larger berries than usual, and likely will produce more diluted juice.

There is already some botrytis, which when it comes early is the malign grey rot and not the so-called “noble rot” that comes in late fall, and helps turn Tokaji Aszú into one of the world’s great, if not greatest, sweet wines.

Meanwhile, the 2020 edition of the Balatonfüredi Borhetek, which showcased the wines of producers from the Balatonfüred-Csopak wine region, held on the Tagore sétány (promenade), from August 7-30, attracted crowds of revelers, who behaved quite responsibly and kept a bit of respectful distance from one another.

Among other wines, Zsolt Söptei was pouring his Varázslat Olaszrizling 2018, which recently claimed a gold medal at Bordeaux’s Challenge International du Vin. Oily and complex with good weight and body, it also has a citrus zestiness to give it a refreshingly sour finish, with a baked apple note.

It was vinified solely in the tank and it is impressive how much body and mouthfeel an unoaked wine can achieve in Csopak. It comes from three different vineyards comprising limestone/clay, Permian sandstone and marl, respectively.

When I asked Söptei about eschewing the use of oak and yet still achieving such a full and rounded wine, he said that the important thing is harvesting at full phenolic ripeness; in other words, when flavors in the skins and inside the berries reach full ripeness, and not only the sugar.

Classified above Balatonbor as a Hegybor, this is a real bargain at HUF 2,825 from borhazmagyarorszag.hu. When I ask his opinion of the potential of Olaszrizling as a grape in the big scheme of grapey things, the ever-smiling Söptei replies: “We grew up with this grape”.

The Figula winery from Balatonfüred bottles a number of exciting spontaneously- fermented, single-vineyard Olaszrizlings that show the grape’s ability to be an articulator of terroir.

“Olaszrizling is like a good actor, who can play many parts, but you always know who he is. It has an identity, but is not a big ego” says János Figula.

Broadly speaking, he is in charge of the vineyards, while his brother, Mihály, makes the wines, although all important decisions are made together.

It is great experience to feel the warmth of Lake Balaton in Figula Sáfránkert Olaszrizling 2018 (HUF 4,250 from Bortársaság) oozing through with its tropical fruit and herbaceousness, and feel the lower acidity than the other single-vineyards. It comes from a couple of hundred meters from the lake, between Csopak and Paloznak.

“Lake Balaton reflects back the sun and unlike most other lakes in the winemaking world, the comparative shallowness of the water creates a warming, and not a cooling, effect,” said János Figula.

As a contrast, Sóskút Olaszrizling is further north, from a site where there is no reflection back from the lake and is airy and floral.

Dávid Bökő, who makes wine from Tihany, Csopak, and Balatonfüred, was a new discovery for me this summer. His rosé (made with Gellavilla) has already tickled my palate (see our previous, July 31 issue).

Now comes Tihany a Balaton Partján 2019, a spontaneously-fermented, unfiltered and unfined red wine bottled with low sulfur that both captures the vibrancy of the Kékfrankos and Zweigelt grape varieties (from 30-year-old vineyard next to Sajkod Bay, the same place as the rosé), along with a touch of volcanic basalt X-factor. It is great value at HUF 2,950 from Bortársaság.

Incidentally, at the time of going to print, the Budapest Wine Festival is going ahead in its usual setting of the grounds of Buda Castle from September 10-13, though places are limited this year, for obvious reasons.