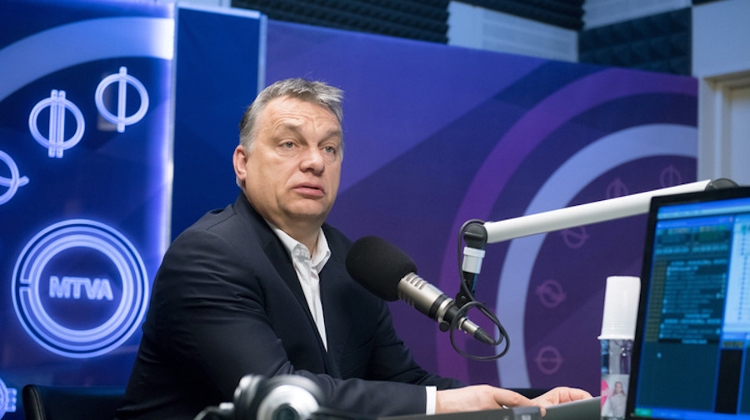 Prime Minister Viktor Orbán told public broadcaster Kossuth Rádió that it appeared the second wave of the epidemic had been reined in and recoveries outnumbered new infections. At the same time, he referred to a “third wave” in other parts of Europe as “bad news”.

Orbán said confidence among Hungarians concerning vaccinations was steadily growing. Soon, more than 1.7 million people over the age of 60 with chronic illness will receive the vaccine, he said, adding that vaccines would be in plentiful supply once approval were given for the Chinese vaccine.

He said vaccination of around 1.5 million people was possible in a single weekend.

Referring to a request by Stella Kyriakides, EU commissioner for health and food safety, that member states should not negotiate separately with vaccine manufacturers, Orbán said that more than a hundred Hungarians were dying every day.

“A Greek commissioner shouldn’t tell me what to do,” he said.

He said it would be possible to get “our old lives back” long before the summer if the Chinese vaccine were approved.

Meanwhile, commenting on the increase in industrial output, Orbán said people were keen to work and make a living from working. Amid the economic crisis, the government, he added, was combining tax cuts with job retention measures and investments.

“More people had a job in December than a year earlier,” he said, adding that the moratorium on loan repayments had left 3,000 billion forints with households and companies.

As well as the phased reintroduction of the 13-month pension, the government also launched “the biggest ever housing renovation and home-building scheme”, he said.

The prime minister said that the country had pulled away from the brink of a crisis in 2010 and that it was possible to repeat the same feat.

“We know what Hungarians like and don’t like”, he said, adding that the government’s understanding of its citizens was key to successful crisis management.

Orbán said that success this year would be based on understanding that people want to work, and this would require a tax cut.