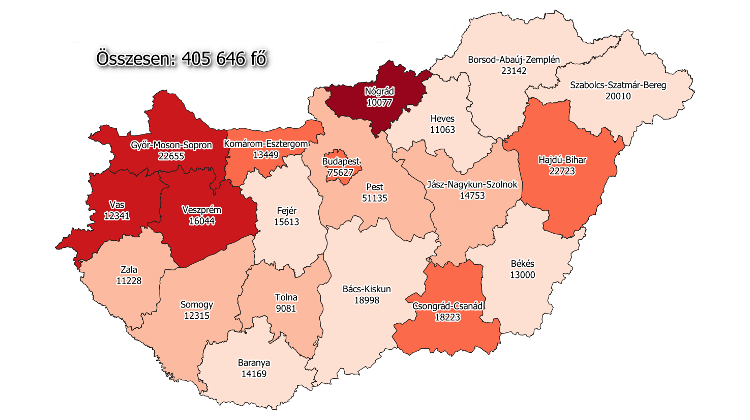 So far, 453,457 people have been vaccinated, of which 201,005 have already received their second vaccination.

In addition, vaccination teams will return to several nursing homes and second-round vaccination of health workers will continue. The first shipment from the Chinese Sinopharm vaccine also arrived on Tuesday, so a total of five vaccines are already available in Hungary.

The epidemic has been curbed thanks to consistent control, but the data is stagnant, warning us to be careful. The third wave is already underway in several European countries, with the British virus mutant spreading rapidly, infecting more people and increasing the number of patients. The government therefore maintains and extended protection measures until March 1.

At the request of the government, the Parliament began on Tuesday to discuss the extension of the emergency ordered due to the coronavirus epidemic, the aim of which is to protect the life and health of the Hungarian people, as well as to reduce economic damage and preserve jobs.

The government is of the opinion that restrictions can only be lifted gradually and responsibly, and will soon be consulted by people in an online national consultation.

There is also a curfew between 8pm and 5am, everyone has to get home by 8pm. One case of exemption from the curfew is work, which, however, needs to be justified. Police strictly monitor compliance with the rules, impose fines, and close places where regulations are not followed. Soldiers support police work in several cities across the country and relieve the burden on health workers in the hospital.

Only vaccines that are effective and safe according to the Hungarian authorities and have been used in several countries have been and may be used in Hungary.