PM Orbán Thanks China For Help During Pandemic 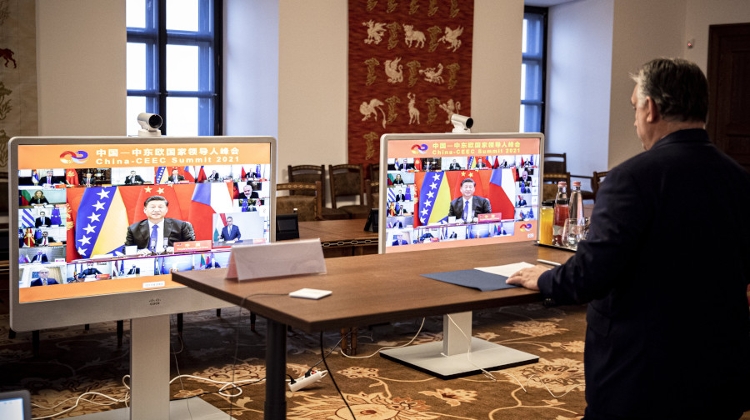 Prime Minister Viktor Orbán, in his address to the ninth China-Central and Eastern Europe summit, said Hungary was grateful to China for its help in view of current challenges, noting Hungary’s extensive acquisitions of Chinese medical equipment during the coronavirus pandemic.

Chinese companies, he added, had used investment opportunities offered by the Hungarian government, launching projects that “made China Hungary’s number one investor in 2020”.

“We Hungarians support free and fair global trade, which now has more significance than ever before,” Orbán said.

The fewer the obstacles to economic cooperation, the faster the economy can recover, he added. The prime minister welcomed the establishment of the Regional Comprehensive Economic Partnership, saying that hopefully talks could soon start between the regional partnership and the EU on future cooperation.

“The 17+1 formula could serve as an engine to achieve that goal,” he added.

“I have received very reassuring reports from our delegation whose assessment allowed a licence for the vaccine to be used in Hungary in emergency situations,” Orbán said.

He said he greatly appreciated the Chinese authorities’ cooperative stance during negotiations that led to Hungary’s purchasing the vaccine, adding that he expected the first shipment to arrive next week.

The prime minister also said that the pandemic had not prevented Hungary from performing its obligations in the 17+1 group.

He noted that planning for the Belgrade-Budapest railway project was under way, alongside preparations to open Budapest’s Fudan International University.