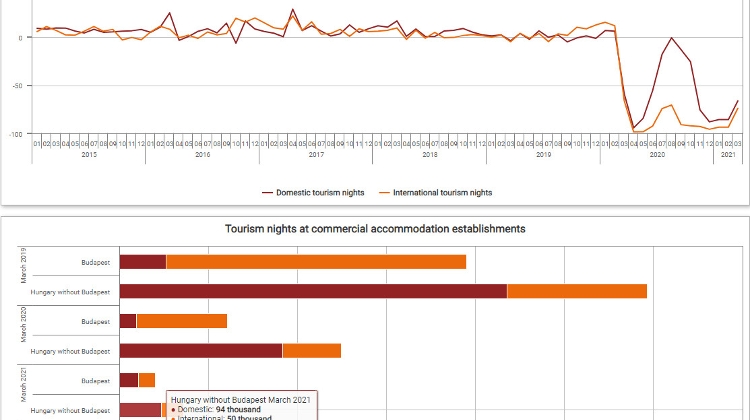 The number of guest nights at commercial accommodations in Hungary fell by an annual 69.7% to 224,000 in March due to pandemic restrictions, the Central Statistical Office (KSH) said on Tuesday.

In January-March, guest nights at commercial accommodations fell by 86.2%, compared to the same period last year.

The nights spent by domestic and foreign travellers fell by 81.8% and 90.4%, respectively.

Revenue in the first quarter came to 11.1 billion forints, an 86.6% fall from last year, KSH said.