Riverside Revamp to Start Next Week: 'Rakpart' to Become Pedestrian-Friendly 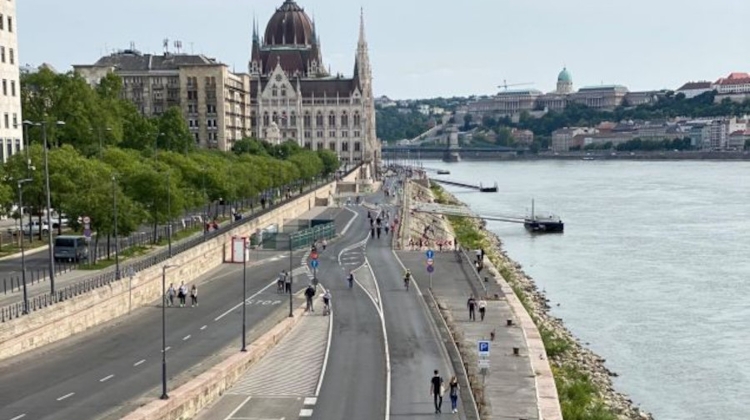 A revamp of the Danube embankment between Chain Bridge and Margaret Bridge in central Budapest will start next Monday, 7 June and last for several months, the Budapest transport centre BKK said.

The first phase of the project, the lower embankment will be made more pedestrian-friendly between Parliament and Margaret Bridge, eliminating currently unutilised covered areas.

A new walkway will enable pedestrians to better enjoy views of the world heritage site opposite and the embankment will become greener thanks to the planting of 35 trees, BKK said.

The Budapest mayor’s chief of staff Samu Balogh told a press conference on Wednesday that the area will be greener.

Dead space will be abolished and surfaces for pedestrians will be established, as the sidewalk will be wider, 35 saplings will be planted, and the speed limit will be reduced to 30 kilometres per hour.

In the second phase the upgrade of the section between Parliament and the Belgrád rakpart will begin in the second half of the year.

The project is planned to run until the end of December and cost Ft 1.4 billion, of which the cabinet will provide Ft 1 billion.