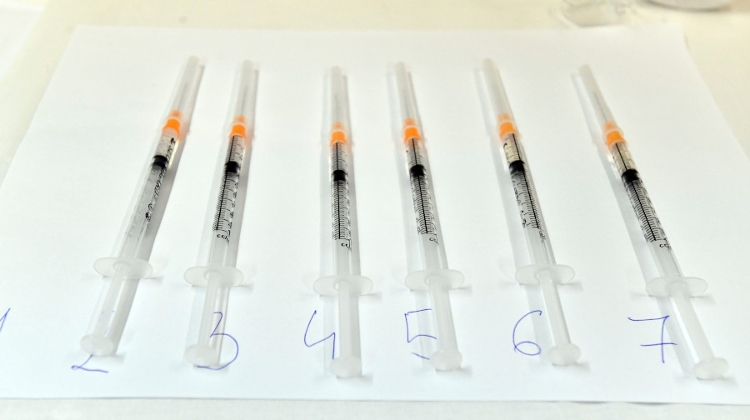 Huge lines, hundreds of metres long, formed at hospital vaccination points on Friday morning following the government’s snap announcement that 100,000 Pfizer vaccines would be available on that day only.

The vaccines registration website crashed early in the day, so many people lined up outside clinics and hospitals, not always in observance of epidemiological rules, to get inoculations without registration.

The government launched the inoculation machinery news totally unexpectedly around midnight Thursday as Prime Minister Viktor Orbán was expected to announce on Friday that four million people had been vaccinated, triggering the next round of easing of lockdown restrictions from Saturday, including the opening of football stadiums and hotels to persons with immunity certificates.

However, only 3,913,000 people had been vaccinated by Friday morning.

The cabinet’s decision to make a campaignlike inoculation with Pfizer vaccines for one day took healthcare staff by surprise, Népszava reports.

The 100,000 vaccines deployed are exactly the same number as were stored in the refrigerators of county and central hospitals and could be defrosted by the morning.

This also meant that staff members had to draw on stockpiles that had been laid aside for second inoculations. It was guessed in the morning that there would be many more applicants than the number of inoculations available.

The real rush started after Orbán announced on Kossuth Rádió at 7.30 a.m. that the vaccines would be available.

He said that the Pfizer vaccines must be set aside from Saturday for those 16-18 years of age, who would be inoculated with Pfizer vaccines from May 10. Orbán stressed that those who did not request Pfizer vaccines on Friday would not have another opportunity to do so for weeks.

As supplies of Pfizer ran out at many places, some people accepted Sinopharm or AstraZeneca vaccines. Others left when they heard that the Pfizer vaccine had run out.