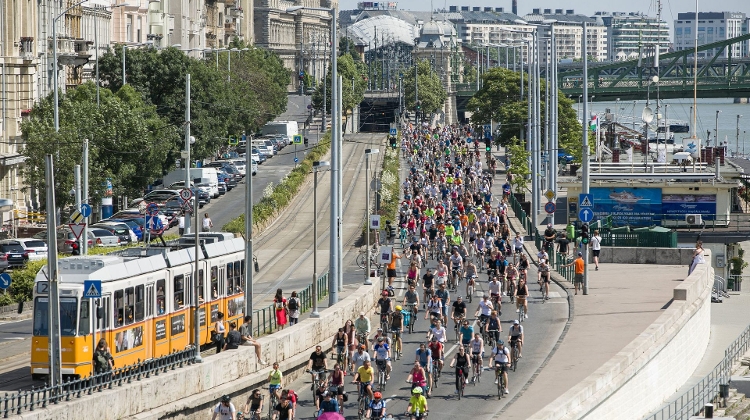 About 15,000 cyclists participated in the I bike Budapest bicycle parade on Saturday, the Hungarian Cyclists Club said, based on its own estimate and one by police.

I bike Budapest, which has been postponed for a year and a half because of the pandemic, aims to send a message to decision-makers that development projects for cyclists are worthwhile because of the scale of the demand for cycling and the long-term benefits to city living, the organisers said.

The route took cyclists on embankment roads on both sides of the Danube before entering a final stretch on the capital’s grand Andrássy Boulevard and ended in City Park.

The event was opened by Dutch Ambassador Rene van Hell, a long-time supporter of the cycling movement in Hungary.

A representative survey conducted by the Hungarian Cyclists Club shows most Hungarians would cycle during the week, too, if there were more bike lanes and bike paths.